Valorant Will Have Regional Ranked Leaderboards In Episode 2 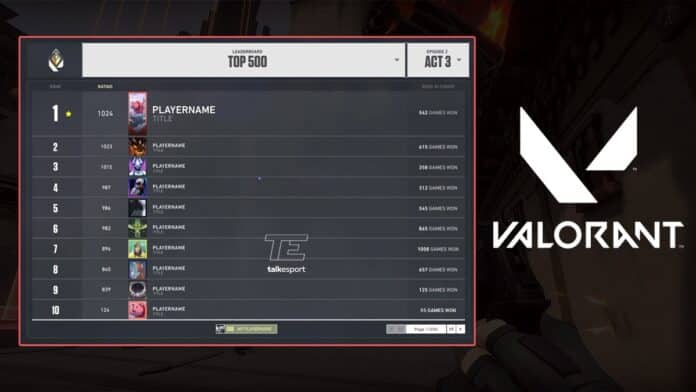 The highly anticipated Episode 2 of Riot Games’ tactical shooter Valorant is nearly here, and fans are eagerly awaiting the arrival of the plethora of new content that the upcoming update is about to bring.

Other than the new stealth agent Yoru, Episode 2 will include new cosmetics, competitive revamps, agent fixes, quality of life changes, and the regional leaderboards for competition.

For the players in the highest levels of competitive play, the regionally-ranked leaderboards are certain to provide motivation for them to grind higher even after reaching the prestigious rank of Radiant.

The top 500 Radiant players across each region will get featured in the regional leaderboards, with a minimum requirement of 50 ranked games played in total and one competitive game played within a seven-day period. Players who are banned from Valorant will automatically be excluded from the leaderboards.

The ranking system in Valorant will also receive more transparency in Episode 2. Players will be able to see their Matchmaking Rating (MMR) in-game and will also be able to check their MMR increment or decline after each game played.

Upon reaching 100 points players will be promoted to the next rank while falling to 0 points will demote the player.