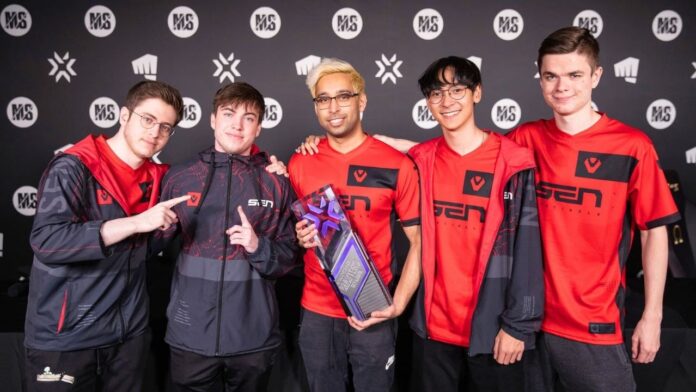 Hunter “SicK” Mims who is known for donning the flex role on the main roster of Sentinels will miss out on the forthcoming Last Chance Qualifier event towards the Istanbul event.

The news was first made public by Sentinels captain Shahzeb “ShahZaM” Khan on his stream and later by Dexerto which did suggest that SicK would be missing out on the NA LCQ event which would give the team a chance to qualify for the Valorant Champions tournament to be held from September 2-18.

This won’t be the first time SicK pulling out from a tournament as the player had previously been spotted sporting his leave of absence request during the final two weeks of the VCT Stage 2 Challengers North America including matches against Cloud9 and FaZe Clan.

Team’s head coach Shane ‘Rawkus’ Flaherty had filled in for SicK for their match-ups against C9 and FaZe and somehow they managed to score themselves a spot at the Last Chance Qualifier. ShahZam never really mentioned the reason behind SicK’s inactivity but it might connect the dots for us after the latter had tweeted about his struggles with mental health.

Sentinels are yet to make an official announcement addressing SicK’s current spot on the main roster and the replacement to fill in the shoes of the former. A total of eight teams will compete at the VCT last-chance qualifier, with the champion joining OpTic Gaming and XSET as the NA representatives at the Valorant Champions.