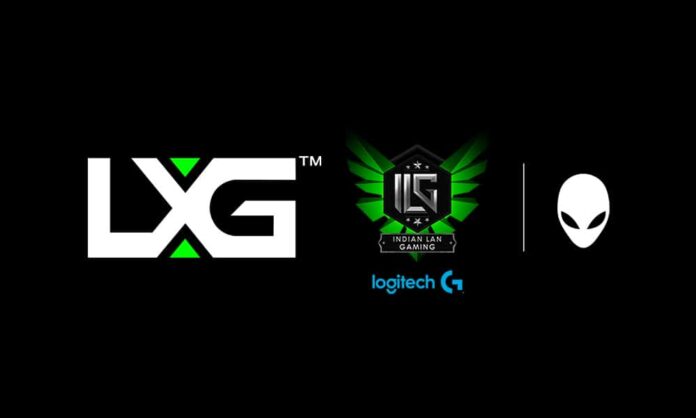 LXG are reportedly yet to pay out a chunk of the prize money from their ILG Circuit to the winners and other placeholders. Several teams from different esports disciplines have come forward with information about their yet-unpaid prize money and their series of conversations with the ILG Staff with no resolution till date.

The total amount due runs up to more than 500,000 INR along with the prospect that there are a few teams who might also be owed the prize money that we were unable to reach.

One of the most renowned teams to come forward – District 9 gained a lot of popularity within the scene with their performances in 2019. The squad won two ILG Ahmedabad Minors – August and December, 2019 – with a total prize money of 105,000 INR accrued. Jainam ‘JK_Paradize’ Khara confirmed the due amount along with the fact that they had conversations over the same with the ILG Staff, who continued to provide new dates.

Himanshu ‘JLT’ Khanduja played for Domin8 Esports in the ILG Indore Minor held in September, 2019 and won the first prize of 70,000 INR. JLT iterated that he had grown tired of waiting for the prize money or a response from the LXG staff.

There is a peculiar case in Kolkata, wherein Team Lan Dodgers claim to be due 10,000 INR for a Minor held in July, 2018. In other cases of prize money related to Kolkata, Team Destiny accrued 30,000 INR in prize money by finishing second in two separate Minors held in August and October, 2019 respectively. That money is still unpaid.

Go Figure, the core of which now play under Level Zero Esports, are owed 100,000 INR of prize money for finishing fourth in the ILG LAN Grand Finals. They expect their issue to be resolved within the month of August, having talked to the LXG staff regarding the same.

Team Wicked Gaming are owed 35,000 INR for coming second in the Guwahati CSGO Minor held in July, 2019. The prize money for the Bhopal CSGO Minor held in October, 2019 is also yet to be paid out, with Knockturnal Esports and Team MYM due 70,000 INR and 30,000 INR respectively.

Team Quasar won 30,000 INR of prize money as a result of finishing second at the ILG Season 3 Bhopal Minor in August, 2019, which is still unpaid. Siddharth Singh Baghel revealed that they had multiple conversations regarding the prize money and were recently told that they would receive it in the last week of July, which has now passed without any resolution.

Arc Warden Bois won a total of 50,000 INR in prize money by winning and finishing second at the ILG Season 3 Orissa Minors in November and July, 2019 respectively.

Strawhat Crew are due 50,000 INR from their triumph in November, 2019 at an ILG event. Subham ‘Smoke’ Kahali though, has revealed that he has been promised a resolution within the coming fortnight and has faith that LXG will follow up on it.

Team Azeroth won two ILG Orissa Minors in Week 13 and 19 of the circuit in August and October, 2019 respectively, bagging a total prize money of 100,000 INR. It is unpaid till date. Team Nefarious came second in the Delhi Minors in July, 2019 and are still owed 30,000 INR as a result.

Even though the Rainbow Six Siege events were held recently in February 2020, the teams reached out to us to share their grief at not having any clarification as to when they would receive the prize money. A part of this could be contributed to the ongoing pandemic and the lockdown that affected a lot of businesses between March and May.

Still, a considerable time has passed and it would only be fair for the community to include their dues as well, with players like Tasabbir Sparko having to play with a makeshift GPU in the ESL APAC Regional Qualifiers.

Team Quantum G1 are owed 60,000 INR for winning the ILG Season 3 Rainbow Six Siege Online event. Ferrum Esports are also due 30,000 INR for coming second in the 2020 Edition of the R6 online event held in February.

We reached out to LXG for a comment and were told that they expect the prize money issues to be sorted by the end of August, with the lockdown contributing to the delay, according to their private statement. The organisation did expedite payments to some teams during the lockdown phase; teams who were in immediate need of the money.

In the case of Team Go Figure for example, they received the prize money accrued as a result of winning and placing well in the Minors and have been told their dues from the LAN Finale will be cleared soon.

Concerning the peculiar case of Team Lan Dodgers not receiving their prize money from ILG Season 2 in 2018, LXG had emphasised that any prize money left unpaid is only from ILG Season 3 (2019) along with promising us proof of payment for the Lan Dodgers situation during our conversation in June. It has since been proven to us that the players failed to submit NOCs with all proper information along with other required details for months despite incessant reminders and requests from LXG’s end.

LXG are one of the premier Tournament Organisers in the Indian Esports scene and the ILG Circuit has been one of the biggest and well-managed recurring event in the country. We hope the issue is sorted amicably and the community can move on forward during these troubling times.