PUBG Mobile made a huge announcement today, on 24th August, about the future of the game and its ever-increasing esports. A new global tournament is announced along with a big UX tweak for the game itself. The big update will be released on 8th September.

PUBG Mobile has been teasing about this big announcement since PMWL ended and their social handles invited all the players to witness the arrival of new era.

The game finally moves into ‘version 1.0’ which marks the start of new era. PUBG Mobile made massive changes to everything, right from putting in custom UX to making game more realistic.

PUBG Mobile has included a big graphics overhaul which enhances the entirety of the game. It rises the bars for graphics and map design. The following three subcategories are included under new tech:

The game characters are tweaked to give a realistic look to all the outfits and player models. The game has focused on highlighting the physical appearance along with shadows.

The graphics regarding map terrain, scope opening, bullet drop, muzzle fires and more intricate details are made realistic to give immersive experience.

The entire structure of the game is changed with many other graphic enhancements which can be experienced in-game.

PUBG Mobile has changed the current game lobby entirely. The new lobby looks more real and has three new sections. The game lobby is ready to give a heated vibe to jump right into the games with great enthusiasm. The social lobby is there to encourage interactions in-game and give a better experience. The store lobby will allow players to shop in a better way and try various outfits and gun skins more easily.

The game has also enabled a new feature where players can easily customise the entire UI according to their liking and bring in a personalised feel to this game.

PUBG Mobile has planned a mysterious surprised for their players. They have teased to release it along with the big update. 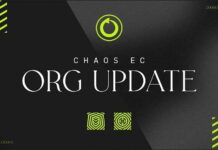