Pokemon World Championship 2022 Schedule And How To Watch 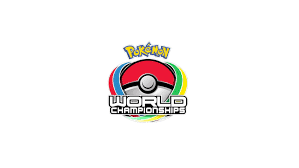 The Pokémon World Championship is finally here after years of delays and cancellations.

Pokémon World Championship will be the largest competitive Pokémon showcase of this year and will feature competitions for Pokémon TCG, the Pokémon Sword and Pokémon Shield video games, Pokémon GO, Pokémon UNITE, and Pokkén Tournament DX.

Taking place at the ExCel London convention center in London, the event will feature many activities aside from the competitive Pokémon showcase.

The event begins on 18th August 2022 and will conclude on 21st August. Both the competitors and spectators can arrive a day early on August 17th to check-in and grab their Welcome Kit. Here are some of the schedules to keep in mind:

Where to watch the Pokémon World Championship 2022

Those who are not attending the event live or just want to watch the games live at comfort of their home you can simply tune in to one of six different Twitch channels. Each of the four video games and the TCG games will feature their own dedicated channels.

While the main channel will host streams for all the games. Since each event is played at a different time you can catch all four days action on the Main Pokémon Twitch Channel at any time.

Like the previous Championships, the Pokémon World Championship 2022 will also feature special Twitch spectator badges at Worlds for those lucky enough to be in London to attend the event.