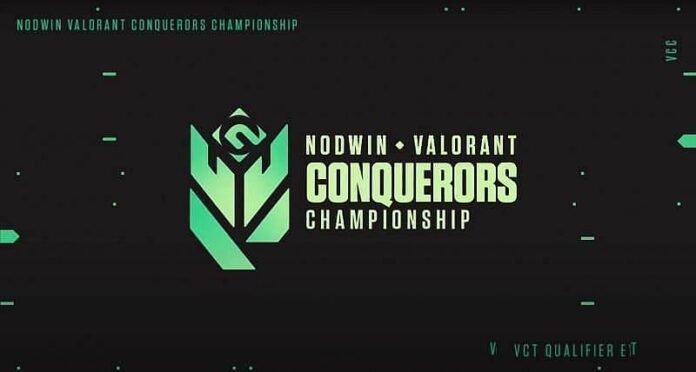 The Valorant Conquerors Championship concluded with Global Esports being crowned the kings of the region. GE will now represent the region at the APAC Last Chance Qualifiers.

But, the VCC wasn’t without its fair share of storylines. One thing they all had in common, was the high level of competition witnessed by the viewers at the event.

Let us talk about the calibre of teams that battled it out not just at the VCC Main Event but also the Wildcard Qualifiers and the respective local online Qualifiers as well.

First of all, the ultimate winners of VCC didn’t even manage to qualify through the first Indian Qualifier, losing out to fellow VCC finalists Velocity Gaming. But, that wasn’t all. Enigma Gaming, who finished fourth at VCC, pushed GE to the limit, giving away a winning position on Breeze to lose in Overtime. XO, the former Samurai Esports, had actually this Enigma side to bag the spot in the Semi-Finals of the second Indian Qualifier. There was truly the feeling that the four teams that made it into the Wildcard Qualifiers and the Main Event were the best representatives that India had to offer at the moment.

As far as the Pakistani teams are concerned, Team Arrow’s inability to win either qualifier put them in a precarious position in the Wildcard Qualifier, wherein they were overpowered by their Indian counterparts. Salt Esports might have underperformed a bit at the Main Event but their win over Team Arrow in the Qualifiers meant they were the right representatives. Team Exploit shocked Velocity Gaming and even came close to registering more wins, if not for the power problems they faced during their matches. Their endeavours will be a boost to the entire Pakistani region that can finally pit their wits in the South Asian shard in Valorant.

There is not much known about Nepal as a region but the performance of Shreyas “Moonlight” Shrestha alone reaffirmed the belief that the best team got to represent their region, not to mention the fact that we were privy to maybe the first glimpse of a future star in the making. Crash Landing On You surprised Union Gaming, arguably the favourites in Sri Lanka, for the slot at VCC. This event will prove to be an invaluable experience in their journey for continuous improvement.

They did however, run Exceeli Esports close on Bind in the Group A Eliminator and on another day, things could have been very different. XLE on the other hand, almost beat VLT on the same map and represented their region to the best of their abilities. Now, with the addition of Sami Ar ‘SSSami’ Rahman, they will look to record better results against the heavyweights of the region. The Lexious Gaming story also deserves a mention. The players grouped together before the Qualifiers started and had a dream run. They almost beat CLOY in the five-map binder in the Grand Finals of their Qualifier and gave a good account of themselves at the Wildcard Qualifiers.

All in all, we could say we got the best regions like India, Pakistan, Bangladesh and even Maldives had to offer. For others, it was an experience that will only result in improvement as more and more events pit the entire South Asian region against each other. VCC managed to bring together the best of the region, something that has not been since the release of the game. The results will encourage more events to be more inclusive as has already been evidenced by the detailed announcement of Skyesports Championship 3.0.