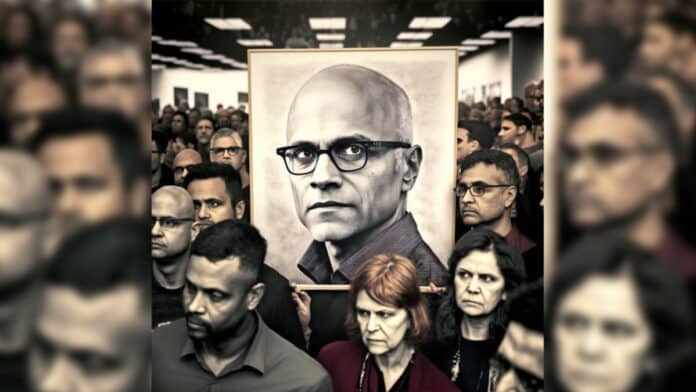 Microsoft announced plans to lay off about 10,000 workers amid a wave of job cuts in the technology sector.

CEO Satya Nadella informed employees of the planned layoffs in an internal note, and stated that the layoffs, which are expected to affect less than 5% of Microsoft’s total employee base, are part of the company’s efforts to “align [its] cost structure” with its revenue and areas of customer demand.

“First, as we saw customers accelerate their digital spend during the pandemic, we’re now seeing them optimize their digital spend to do more with less,” Nadella said in the note to employees. “We’re also seeing organizations in every industry and geography exercise caution as some parts of the world are in a recession and other parts are anticipating one.”

The layoffs were largely expected as reports had surfaced of Microsoft preparing to make cuts.

Microsoft joins other technology companies that have made recent moves to trim staff due to pandemic-fueled hiring sprees and subsequent concerns about whether inflated employee counts align with the current economic reality.

Nadella noted in his communications that Microsoft is “eliminating roles in some areas” but will “continue to hire in key strategic areas.” The company disclosed in a filing with the Securities and Exchange Commission that it was also making changes to its hardware portfolio and consolidating leases “to create higher density across our workspaces.”

Microsoft expects to take a $1.2 billion charge related to these actions in its fiscal second quarter and anticipates that the charge will result in a 12-cent negative impact to earnings per share.

Other large technology companies like Meta Platforms, Amazon, and Intel have also announced layoffs in recent months, as well as smaller companies such as Shopify, Peloton Interactive, and Coinbase Global.