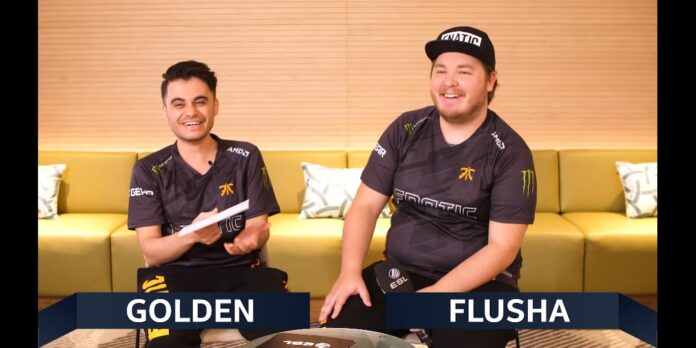 Fnatic have announced that they have completed their roster with the signing of Robin “flusha” Rönnquist and Maikil “Golden” Selim. Fnatic have had a rough year with back to back poor finishes across all tournaments, which forced such a decision by them. After the repeated disappointment, this decision was further solidified with them missing out on the Berlin Major, which is a setback as it is hard to imagine one without the Swedish powerhouse.

Flusha was a star player for them during his prolonged spell and like his signing compatriot golden, both of them spent a shortlived time in Cloud9. flusha won nine Big Events with Fnatic, including three Majors, between 2013 and 2018, while golden came out of their academy to replace Olofmeister.

“It feels great to be back in Fnatic, where most of my fondest CS:GO memories were created – and, hopefully, there will be even more in the future,” the 26-year-old told fnatic’s website.

“We all made some mistakes in the past that we have learned from and I believe we have all matured and become more professional since both mine and Golden’s departure from Fnatic last year.

“During my break from the CS:GO scene, I reflected a lot upon the negative and positive things that I showed in my entire professional esports career and I have tried to now focus on what once made me one of the best players in the world.

“I’m excited to come back to play with some of the best players I have ever played with and especially to be beside such a young talent in Brollan. Hopefully, we can all show him the experience we have and teach him everything we know to make sure he becomes the best player in the world at some point!”

With these two signings, fnatic now have:

Golden is set to take the leadership from Richard “Xizt” Landström and Simon “twist” Eliasson will be replaced by flusha which only adds to their firepower, this roster is close to the one that took home IEM Katowice 2018.