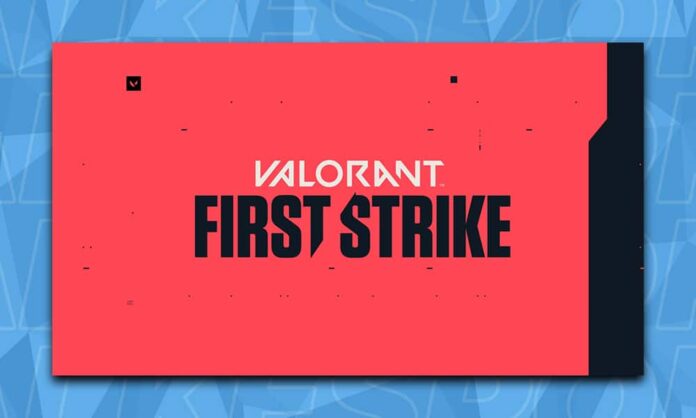 Riot Games’ entrance into the world of competitive shooters with Valorant has been nothing shy of spectacular. Through its unique and enjoyable gameplay mechanics, Valorant garnered the love of millions of fans across the world within a few days of its release and gave other titles in the genre like CSGO a run for their money.

Valorant is also continually showing signs of a promising future as an esport. As a result, several CSGO pros have switched to Valorant to pursue a professional career in Riot’s title. The announcement of the Ignition Series further escalated the growth of Valorant’s competitive scene and inspired tournament organizers to invest in the shooter.

This time, it appears like Riot has decided to take things to the next level, as they have announced First Strike – the first Valorant tournament to be officially conducted by Riot.

“VALORANT is a deeply competitive title, one for which esports is a critical extension of the experience we want to provide to players,” Whalen “Magus” Rozelle,

Senior Director of Global Esports said. “First Strike will be the first tournament produced by Riot Games and an important foundational step to establishing a regional legacy.”

First Strike will start with multiple regional qualifiers towards the end of October and will feature teams from North America, Europe, CIS, Turkey, Asia, Oceania, Brazil, and the Middle East. The regional finals will commence from December 3-6 when one team from each region will be crowned as winners of their respective regions.

“Since the launch we’ve been busy listening to your expectations and hopes for the future of VALORANT esports,” Rozelle said. “Both through the Ignition Series and hundreds of smaller tournaments, we received valuable insight from tournament operators and fans that we have incorporated into our plans for First Strike.”

Also Read: Can We Expect a Valorant Mobile Version Soon?