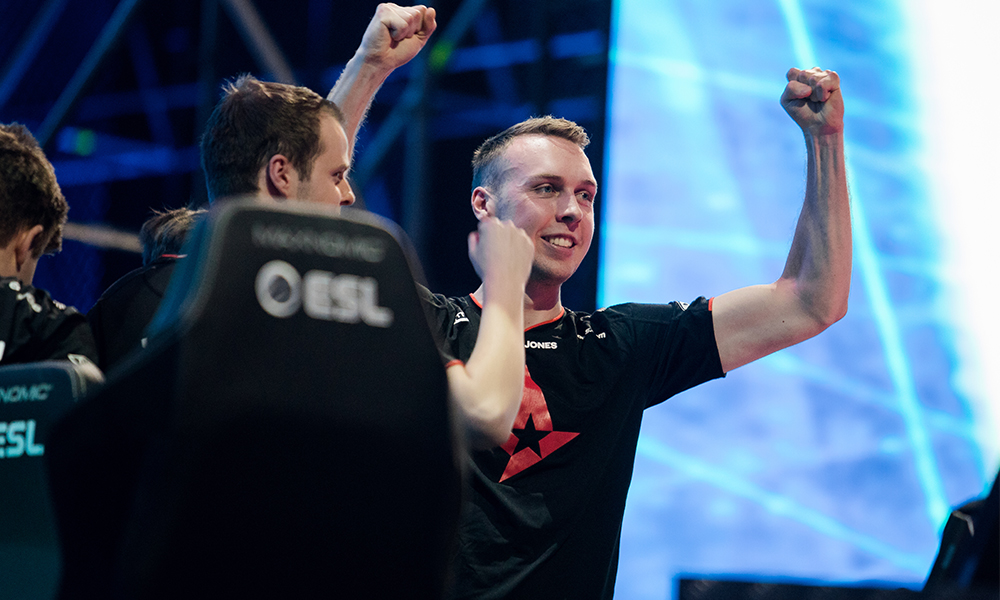 Within days after the recent news of Kjaerbye temporarily stepping down from competitive CSGO due to health problems, another saddening news haunts the scene. This time, it’s Danish pro Lukas “gla1ve” Rossander who has taken a step back from Astralis due to his recent health issues. However, unlike Kjaerbye, gla1ve seems to be struggling with mental stress and pressure rather than physical problems.

Through a Tweet, gla1ve has called the decision to temporarily step down from his team as the “toughest decision” of his life.

In his detailed statement, he mentioned that he had been experiencing symptoms of “stress and burnout” for a long period of time. After consulting with his doctor, the 24-year-old has decided to not accompany Astralis on their journey for the next few months.

Gla1ve wrote, “The next 3 months I will be using my time to fully rest and then come back to the Astralis team.”

He wrapped up his thoughts by thanking his teammates and Astralis for “for being so understanding and helpful throughout a situation like this.” He also stated that it was hard for him to put health first, but the decision was “necessary”.

Through a follow-up tweet, he thanked his fans for being understanding and supporting him during these troubling times.

In their official blog post, Astralis elaborated on this situation of the temporary leave of gla1ve. The organization has decided to replace gla1ve with Jakob “JUGi” Hansen, who has recently joined Astralis.

Kasper Hvidt – Director of Sports in Astralis Group – seems to have wholeheartedly supported gla1ve’s decision. He said in the blog, “I know that there are many players out there in situations similar to Lukas’ and though you might say we should have taken this step a long time ago, it is my hope that we can avoid a similar situation in the future. I am obviously looking forward to having Lukas back 100%, but right now he needs to rest. We will support him in any and all ways possible.”

JUGi is all set to make his debut on Astralis in the DreamHack Masters Spring 2020, which is scheduled to begin today on May 19th with Astralis taking on Heroic in a BO3 series.