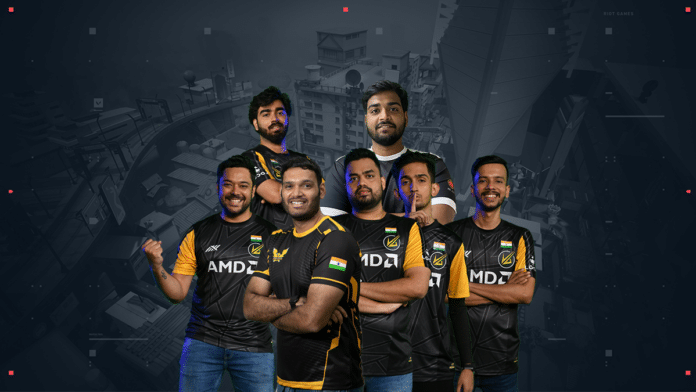 With an unbeaten Group Stage performance for TEC Challenger and dropping only a single Map, Velocity Gaming is all set for the TEC Main Event Banglore LAN starting on August 12th, with their first match against Revenant Esports.

The Esports Club Challenger Main event is all set to be held on LAN in Banglore starting August 12th, With four teams from the Group stage qualifying to play for the LAN, which are Velocity Gaming, Orangutan, Revenant Esports and Enigma Gaming.

The Main Event LAN would be a three-day long LAN event and the first time since the Skyesports Champions Series that we would be able to see our favourite teams compete on LAN. You can read about the event and get your tickets here

The three-day event would feature six matches where the four teams would battle in a double elimination bracket, and the winner would get a cash prize of ₹750000. The four teams are the top two teams from the group stage.

This was a revenge matchup for VLT after losing Enigma in 0-2 fashion at The Skyesports Championship Chennai LAN. The match started on VLT’s bind, where the team managed to overwhelm Enigma’s defence and win the half 10-2.

The second half saw VLT struggling to keep up with Enigma’s attacks, but the eight-round lead was too much for Enigma to overcome, and VLT won the first map 13-9.

Enigma Gaming’s Haven had Velocity struggle initially, but soon, they overcame the struggle to dominate the rest of the half to win it 8-4.

In the second half, VLT only managed to close Enigma without beating an eyelash, winning the map 13-5 and the series 2-0.

Facing Reckoning Esports in their second Group Stage game, VLT played Haven again as Reckoning’s map pick and dominated on the attack, winning the first half 7-5, But Reckoning managed to come back with only dropping two rounds in the second half to win the first map 13-9.

VLT had to return stronger and ensure they didn’t drop a map. Playing Ascent, the first half went in Reckoning’s favour with 7-5 as the score. The second half started well, but Reckoning reached the map and match point. Velocity won the next round forcing overtime.

Icebox was one-sided, with VLT in complete control during the attack and defence, with VLT winning the map 13-5 easily and winning the series 2-1. For the last group stage game, VLT faced Lethal Esports and dominated them on Pearl winning the new map 13-2.

VLT will likely face Revenant Esports on the main stage on August 12th, and it would be a game from Velocity Gaming. The team would require three wins to win the whole event. And with the form they displayed, they sure seem to be on the road with it.