Finally, we all come to a step closer to trying out Riot’s Project A: Valorant. Riot Games have recently announced the date for the closed beta for the game. Set to open on the 7th of April, players all around the globe will get the chance to try out this highly-anticipated Riot’s tactical FPS game. Players were already eager to take a shot at the very first version of the game, and here’s how it can be done.

How to play Valorant’s closed beta?

Riot Games has decided to collaborate with Twitch to provide its fans early access to the closed beta version of the game. However, only the fans from the selected region will be able to try out the closed beta by following these 3 simple steps:

Regions in which the beta is coming?

Valorant’s closed beta will be available in the following regions: Cannada, Europe, Turkey, Russia, and the United States.

Let’s talk about Valorant Points too!

Riot also talked about Valorant Points, a kind of in-game currency that will be available during the beta in their press release. Also, the closed beta will have access to a fully functional store. During the original game launch, all the Valorant Points will be given back with a 20% bonus on the total amount of VP you have. For example, if a player purchases 10,000 Valorant Points, then after the game launch they will get 12,000 Valorant Points instead. However, any other in-game data, the data associated with the user account or any stats will be not be transferred over once the game gets its global launch! Lets us know down below what you think about the game! 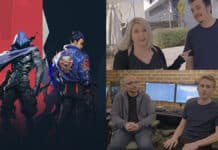