Team NeckBreak might have crashed and burned at the ESL One Asian qualifiers, but their loss has yet again highlighted the Indian CS:GO community’s inability to handle loss as a stepping stone to success.  Well, a specific portion of the scene at least.

For starters, we are yet to come to terms with the fact that the country is not a powerhouse in the Counter Strike Global Offensive scene. We attend one International LAN a year if we are lucky and for us to consistently perform against teams such as Renegades, who have defeated professional North American teams, it is close to impossible.

The various aspects we can learn from the European experiences of these teams should be our foremost goal.

In an international forum, members of the community spoke about how Renegades’ rose from the ashes to defeat tier two stalwarts in the competitive CS:GO scene.

However, what we fail to notice is the combination of infrastructure, financial backing and legitimacy the Australian scene has received over the years. In fact, members such as Chad ‘Spunj’ Burchill have been part of the E-sports extravaganza that was the Championship Gaming Series (CGS).

Even during ex-VOX’s most fruitful tenure, which saw them reach the knockout stages of ESL Katowice, they were led by former Sydney Underground star Azad ‘topguN’ Orami. The other Australian team, Immunity is spearheaded by Iain ‘Snyper’ Turner, who was the finest CS 1.6 player from the continent. 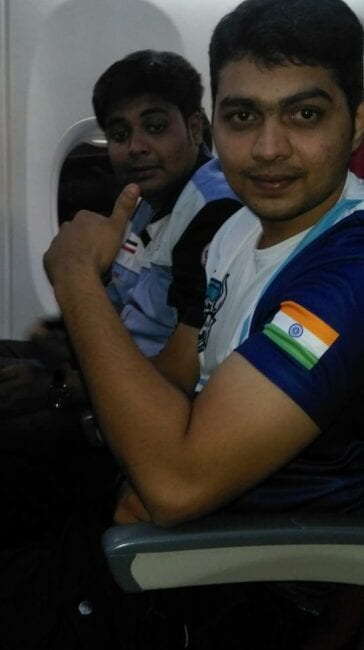 The number of International LAN’s Renegades has been invited to in 2014/2015 alone is more than the amount attended by different Indian teams, since the game’s inception. So, why do we even compare them on the same tangent?

A personal attack on NB manager Sid Joshi indicated the standard we are setting for CS GO’s fight towards being a sport in the country. If the creation of memes does actually de-motivate members, who are trying to develop the community in a positive manner then it will be far more degrading for the scene as compared to a 16-0 loss against a top team.

Personal Attacks in the form of meme were doing rounds on the CS:GO community.

There is a reason why we were seeded bottom of the group because we were not expected to defeat teams such as Renegades. It’s time we come to terms with the fact that we are a tier 2 Asian CS:GO nation and these tournaments will act us building blocks for us to get better.

It’s time we unite as a community to back our teams and give them constructive criticism, instead of involving their personal lives into the professional realm.