Teens these days are so much engrossed in gaming that they are crossing all their limits and going all the way in the gaming world to either show support to their favourite gamer or to make themselves look superior in the virtual world of gaming. One such case got attention from a Reddit post titled “Years of savings disappeared in a matter of 17 days”.

As per the post, whose author is also the mother of the teen who is allegedly a Fortnite fan and spent around $20,000 USD in Twitch donations & subscriptions without the parent’s consent. She told Dot Esports that her teenage son debited around 20000 USD within a span of 17 days from her debit card.

She told that her teenage son made several donations to popular & well-known Twitch streamers like Gorb, Tfue, Ewokttv, and several others.

“When I saw the bank balances were almost gone, my lips started to tingle and I had to put my head down so I wouldn’t pass out,” she said. “I cried at first. I didn’t believe he could’ve done this.”

The teen was given a debit card with decent balance to buy school lunch, but he started putting the money from his mother’s account to his own account with the help of online banking. She believes that her son knew her password and that’s the reason why he was able to transfer the money from one bank account to another.

“I contacted my bank as soon as I found out and they froze all of our accounts, and his debit card was cancelled,” she said. “Unless I press charges against my son, they will not help as this is considered friendly fraud.”

As per the mother, Twitch has not responded in two weeks. She even reached out to the streamers to whom the donations were made and so far only two of them (Benkert & Leonard) have responded. She further said,

“I work too many hours, and have not paid close enough attention to what he was doing online,” she said. “His internet knowledge has absolutely surpassed mine… My focus now though is trying to figure out why he did it so I can make sure this is the one giant mistake he makes in his life.” 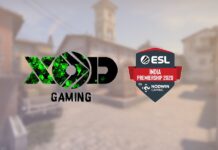