Andreas “Xyp9x” Højsleth was regarded as the “clutch master” of CSGO for a long time. The Danish pro has saved Astralis from several seemingly impossible situations through his insane clutches. For a long time he has reigned as the player with the largest number of clutches pulled in the game, but not anymore. A new “clutch king” appears to have taken his place.

Richard “shox” Papillon is now officially the player with most clutches in Counter-Strike: Global Offensive history, according to hltv. The 27-year-old professional CSGO player has an insane number of 645 clutches pulled, narrowly beating Xyp9x who has 643 all-time clutches in the game

Shox is still widely regarded as one of the greatest players to have ever touched the game. His aiming and gamesense – two key elements to pull off a clutch – are both impeccable, making the huge number of clutches pulled by him possible.

The French pro has played for some top teams in the past including Envyus, G2 and Vitality – his current team. He has led his previous team G2 to several title wins and is often compared to other top aimers in the game like ScreaM, who now has the highest headshot percentage in CSGO.

It can’t be denied however, that just having good aim and gamesense isn’t enough to pull off a successful clutch; you need to have a good rig and the right in-game settings to go with it. Here is a list of shox’s in-game settings and peripherals according to his Liquipedia page: 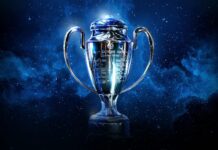