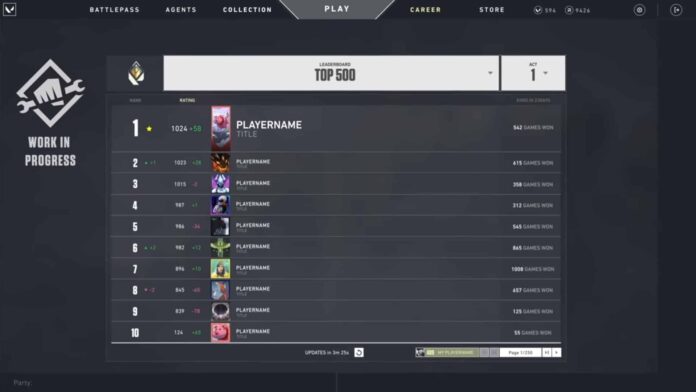 The third Act of Valorant is nearing its release and is set to introduce a number of changes to the shooter. The new changes which fans are looking forward to the most with the arrival of Act 3 include a new agent, a snow-themed map which has recently been confirmed by Riot to be named ‘Icebox’, and a huge revamp of the competitive system.

A number of new changes will make their way to the competitive mode of Valorant in Act 3. The biggest of these changes is perhaps the major reduction in rank disparity in competitive games.

The rank difference between players in a game of competitive Valorant has been reduced from six ranks above and below to only three. For instance if you’re currently ranked Diamond 3, you’ll only be placed with and against players whose ranks range from Platinum 3 to Immortal 3.

Riot is also planning to implement a strict Solo/Duo queue for matchmaking in Immortal and above. This will prevent players queueing in a team to thrash solo queuers and rise in ranks.

Another massive change for Immortal  matchmaking is that players in Immortal skill group will only be judged based on wins/losses and the margin by which a team won or lost instead of individual performances.

A regional ranked leaderboard will be introduced to Valorant in Act 3, through which players residing at the top of the competitive spectrum will be able to see where they stand against others playing the game. There will be separate leaderboards for each region like EU, NA, or SEA.

The ranks of all Valorant players at the end of Act 2 will be assigned to their profiles as the ‘Act Rank’ of this Act. You still have a few days to maximize your rank before the start of Act 3, which will hit the servers on October 13th.