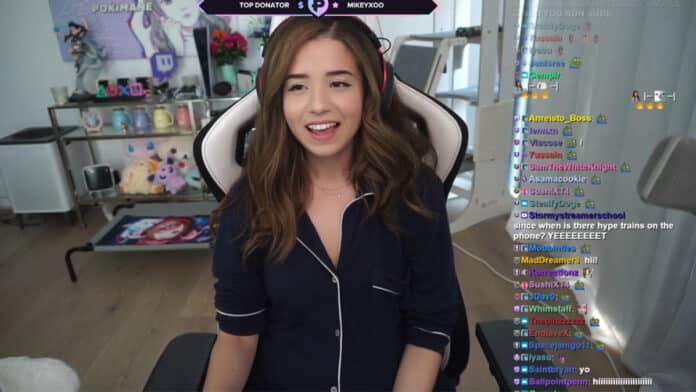 Popular Twitch streamer and personality, Imane “Pokimane” Anys has opened up about the difficult obstacles she is facing on her journey to reach Immortal rank in Valorant.

Pokimane is on a dedicated rank grind to hit Immortal rank soon and then reach Radian. But the streamer has failed time and time despite dedicating a lot of time to the grind. While her skills are almost on point to rank up, the in-game harassment and bullying have made it extremely difficult for her to rank up solo.

“I find my biggest issue is I don’t like to talk too much in-game (ppl get weird about me being a girl / being poki), and that doesn’t work with being a sova main Smiling face with tear and I don’t have a dependable duo to comm on my behalf ~

The problem of toxicity and anti-competitive behavior is present in almost every online multiplayer game. But the issue is more apparent in the case of streamers that are often subject to stream snips and more toxicity in general.

Plus being a female gamer there are instances where teammates would act differently upon finding out that there’s a girl in the team. While some become overly affectionate and drop weapons unnecessarily, others are plain rude to play together. Due to this, Pokimane refrains from using her mic in the game, and her team coordination suffers.

She currently mains Sova, who leans heavily on comms and team play. The role requires active use of the microphone, something that she can’t do. She has 3 more accounts which she uses to try out other “solo q agents” in different ranks and get used to them before switching her main Sova to another agent.

Pokimane is currently Diamond in Act 1, while her brother has already reached Immortal rank despite putting in a lower number of hours in the game than her.