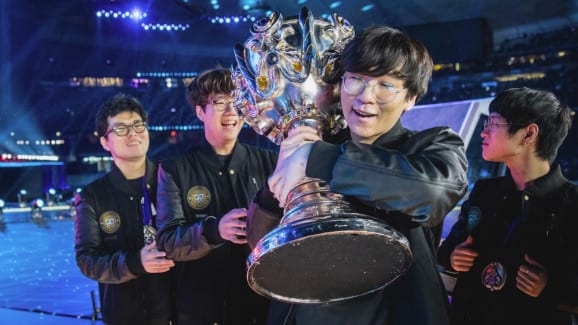 KSV, the esports group organization began by Kabam fellow benefactor Kevin Chou, is reporting today it has obtained Samsung Galaxy, an esports group that as of late won the major League of Legends big showdown title.

The expansion of the South Korean group gives KSV control of four noteworthy esports groups crosswise over diversions, for example, League of Legends, Overwatch, Heroes of the Storm, and PlayerUnknown’s Battleground. The consistent idea is that the greater part of the groups are situated in South Korea, where esports is a sort of religion.

KSV trusts that its attention on the Korean groups will enable it to wind up noticeably a contender in the worldwide esports showcase since the Koreans are so aggressive in esports, which is relied upon to end up plainly a $1.5 billion to $2.5 billion markets by 2020, as indicated by economic analyst Newzoo.

Chou, CEO of KSV in San Francisco, said in a meeting with GamesBeat that his group began mulling over how to get a League of Legends group when they framed their new esports startup, KSV.

“The Overwatch purchase was the beginning, but even at that point, we knew we should figure out how to get into League of Legends,” Chou said. “If we could get both, we knew that would be what is necessary to field a true esports team to compete on a global level.”

Samsung was the sole sponsor of the Samsung Galaxy team, which won the League of Legends World Championship in Beijing three weeks ago. Riot Games’ League of Legends is a multiplayer online battle arena game that is one of the most popular online games in the world. The Beijing finals drew more than 40,000 fans to the physical Olympic stadium, and it was watched by 60 million unique viewers online.

Samsung Galaxy swept the back to back world champions SK Telecom T1 in a 3-0 Finals series to win the finals and take home nearly $1.5 million in prize money.

The article originally appeared on VentureBeat