The finals for Asphalt 9: Legends and PUBG Mobile at the Vodafone 5G ESL Mobile Open have concluded and the Champions have been crowned.

FutbolistCo, all the way from Istanbul were crowned PUBG Mobile champions and walked with a whopping $44,000 in prize money. It was a 6 game series and the standings just after game 4 showed a neck to neck competition between Team Plague, FutbolistCo and Team Qlash. Entity gaming, the representatives from India were performing phenomenally with 51 points in the bag securing the 5th spot after game 4 ended.

it all came down to the last two games of the series and FutbolistCo were engaged with Unicorns of Love in a close range gunfight in the final round and both teams gave it their all. FutbolistCo dominated and won their second Chicken dinner in the tournament by securing the 1st place spot in the last round over Unicorns of Love, making them the Vodafone 5G ESL Mobile Open champions of PUBG Mobile. this event will go down in the books as for the first time ever, PUBG Mobile was played on the Vodafone 5G Network making this event one of a kind.

Asphalt 9: Legends was dominated by “FUTURE FLASH” who beat “RpM_Alex” and walked away with roughly $49,000 and a stunning trophy.

The finals was an intense 5 game series and both the competitors made it a neck to neck race till game 4. A slightly mistimed jump from RpM_Alex in the final race caused him to ram into a wall which let Future Flash cruise towards the victory line making him the ultimate champion. This grave mistake caused Alex the title, he walked home as second best with $7,600 in prize money. Future Flash was overwhelmed with his first ever victory at an event and it was even more special as this was the first time a mobile esport tournament was played on a 5G Network.

The event was a huge success and the world saw that endless possibilities arise when the world’s finest network a.k.a Vodafone pairs up with the Technology Mastermind, Huawei. The new Huawei Mate 20x 5G performed seamlessly in the hands of every player and was also reviewed by TrilluXeCs at the event. Vodafone 5G ESL Mobile Open leveled up the mobile esport industry and we can surely expect newer and better events in the upcoming years. 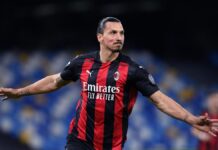 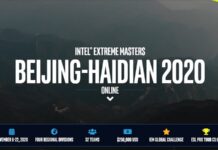