Global Esports have finally agreed to transfer Sagnik ‘hellfightR’ Roy to VLT Gaming. A day earlier, GE CEO had come out with a statement alleging a potential poaching attempt by VLT star Sabyasachi ‘antidote’ Bose while announcing the benching of hellf for his unwillingness to comply with the contractual obligations.

However, it seems the two organizations have been able to talk it out and a transfer has been facilitated in good faith by both parties. These dealings will go a long way towards legitimizing the process of player turnover and transfer in the Indian Esports scene.

With the addition of hellf, VLT Gaming’s roster will have six members, with the organization yet to reveal who the GE star will replace in the active lineup. There are rumors that hellf is going to take Vibhor’s place pertaining to the similarity in roles. However, for now, there is no clear indication. 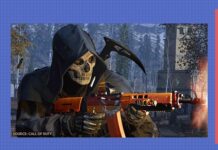