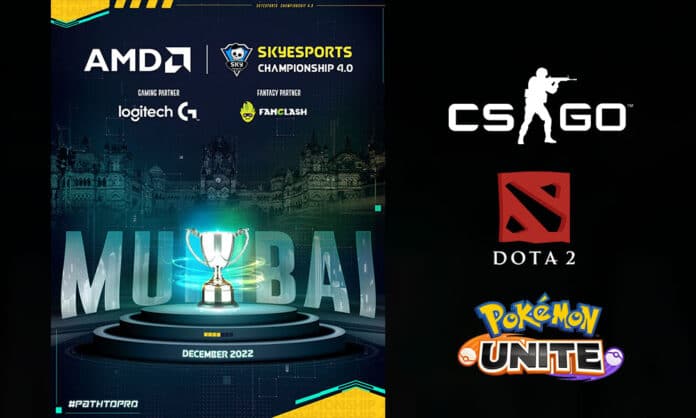 Skyesports will host CS:GO and DOTA 2 LAN tournaments by the end of this year in December. The announcement was made today on Skyesports’s Twitter handle as the said event would be part of Skyesports 4.0 visionary.

Powered by AMD, Skyesports are to bring back CS:GO and DOTA 2 on the main stage as the former titles would be making their return after the pandemic. It was DreamHack Delhi in 2019 which held the last LAN event for Counter-Strike in India where pro100 emerged victorious.

Skyesports recently had a successful playlist of events happening around the Valorant scene, both National and Overseas. The recently concluded Skyesports SEA Championship earned a plethora of laurels for their massive support towards VALORANT Esports.

As mentioned above, the pandemic saw CS:GO and DOTA 2 both lose their player base soon after Riot introduced VALORANT, which came out as a tough competitor for Valve’s first-person shooter. Almost every Indian professional player switched to VALORANT which saw the likes of Global Esports’s CS:GO roster transitioning to Project A (Now VALORANT).

As a result of the collaboration that it has formed with Ampverse, Skyesports have announced that it would contribute a total of one million dollars to the prize pools of the next online and LAN competitions that will take place in Southeast Asia between the years 2022 and 2023. And with the current announcement of the Championship 4.0 event, both CS:GO and DOTA 2 will rekindle the nostalgia for everyone in the community.

The AMD Skyesports Championship 4.0 will hit the shores of Mumbai in December 2022 and is expected to set up a massive opportunity for the talent lurking in the faces of Counter-Strike and DOTA 2.

For more coverage on the AMD Skyesports Championship 4.0, make sure to follow TalkEsport on Google News.