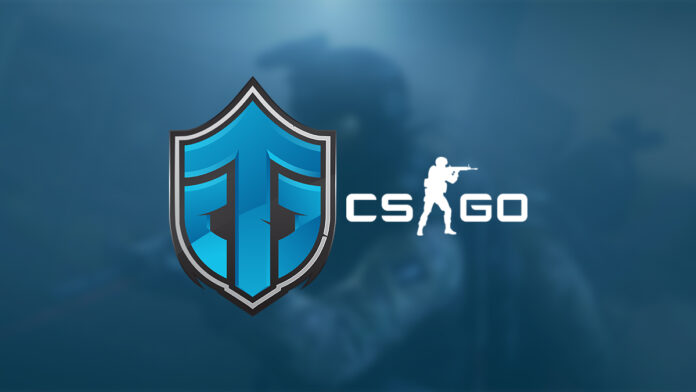 A new Counter-Strike champion has been crowned after three days of competition in Delhi, India.

Entity Gaming are the champions of ESL India Premiership Winter Lan Finale 2019 after defeating BL4ZE today 2-1 in the grand finals.

Earlier in the tournament, they swept Global Esports 2-0 on Train and Mirage in the semifinals, while BL4ZE stomped Pheonix Esports 2-0 on Vertigo and Inferno shortly after.

Spanning three games, the final took place on Overpass, Nuke, and Inferno—all maps both teams are comfortable playing., a fact that became obvious as each game featured some palpable tension.

The vetoes can be found here:

The best of 3 series started on Overpass with Entity gaming winning their pistol round on T side which saw them go 3-0 Upon the scoreboard. But a quick 4k defence with the shotgun from Agneya ‘Marzil’ Koushik helped Bl4ze Esports to tie the score 3-3. Rafael “Raph” Marçal proved to be a nuisance for ETG as he did stop a marching T side by making three of the terrorist way perish on the B site. But we did witness both the teams go head to head as Simar “Psy” Sethi was so instrumental with his AWP before BL4ZE Esports won an Eco in the 14th round hence ending the half with a score of 9-6. Coming onto the second half we saw Entity Gaming picking up yet another pistol round by successfully retaking the B site. But ETG did start to have a miserable time on the server when on the 20th round, BL4ZE’s Ganesh “SK Rossi Gangadhar aka Superk1d crippled through the CT defence by getting a 3k on the A site with his Krieg thus snatching away yet another round for his team. Heroics from Kiran “Rossi” R. did help his team achieve match point with yet another maimed showing by the CT side. In the end, We saw the duo of Marzil and Cara doing the honours by clinching away Overpass from the hands of ETG which happened to be their pick only to regret upon their choice.

With a fierce momentum, BL4ZE Esports locked horns with the struggling ETG on their pick Nuke. They did clinch the pistol round on their  T side with yet another strategy which would see them cripple the CT defence. But with the fire still in their bellies, ETG gaming couldn’t live up with the humiliation with some collective stellar showings from Psy and Excali which did help them to gain a healthy lead of 6-3. Psy and Anuj “Amaterasu” Sharma each with 2kills successfully stopped a marching T side who were determined to plant the C4 on the B site thus finishing the first half with an unassailable lead of 10 to 5. But things seemed to go out of ETG’s hands as BL4ZE not entirely successful but their efforts came out to be worthy as they saw themselves go head to head with Entity gaming. But the later wouldn’t give up as Karan “Excali” Mhawadkar did set up a stellar show by crippling the CT defence and thus punishing BL4ZE’s guys in every sector of the map. We did see ETG clinching an early map point with a scoreline of 15-10. But BL4ZE did come out to be indispensable with the duo of Raph and Sk Rossi aka Superk1d purging out the CTs with some key clutches and eliminations. Despite of a possible comeback gig setup by Marzil and his men, they were unable to play with their tyrannising rhythm as we saw ETG clinch BL4ZE’s map pick Nuke.

The final frontier Map Inferno which would lock the fates of either of teams was kick-started with ETG gaming swaying on their CT side by taking a dominating 5-0 lead thanks to Psy’s 2k with the AWP which saw BL4ZE Esports lose their buy round. But Rossi though didn’t let his team’s morale go down as he did put up a show worthy enough to watch when he successfully denied the CT retake on the B Bombsite with a blistering 2k. The Iconic international due of Raph and Cara did help BL4ZE to tie the scoreline 5-5 with 2k each with some amazing Lurking tactics. ETG Gaming’s Psy and Amaterasu did put back their team in the driver’s seat when the later duo scoped down 3 of BL4ZE’s guys on the B site and 2 on the A site to successfully defend their respective sites. Once again the duo of Raph and Cara helped BL4ZE to switch sides with a scoreline of 6 to 9. In the second half, we yet saw another stellar performance from ETG Gaming who won the pistol round after a successful charge up onto the A site. After a plethora of losing rounds, BL4ZE did struggle on their CT side which was being crippled by Tejas “rite2ace” Sawant and his men after the duo of Psy and Amaterasu cheered their way into the B site and hence denying the CT retake with a 2k each in the 19th round. With no fuel left in their tank, BL4ZE Esports seemed to be helpless after a string of denying attempts to defend both the sites where we saw the efforts of  Raph and Marzil going down the drain.

Despite a promising comeback, BL4ZE couldn’t live up to their expectations as they fell to Psy and his men who are now your champions of the ESL India Premiership Winter Title and now secure a lion’s share of 5.25L INR.