The Source 2 engine is a significant upgrade to the Source engine which was used for older games. While Half-Life:Alyx uses Source 2 and Dota 2 has been upgraded to Source 2 with the reborn update, games like CSGO and TF2 are still stuck with the old Source engine.

However, the days of CSGO being a Source engine game might be numbered, as there have been many leaks in the last few months hinting towards the fact that the game will be ported to Source 2 in near future. If you’ve been following us for a while, you’re probably aware of how big of a change can this be.

The first piece of leak which shook CSGO fans came from VNN Tyler, who claimed through a video that the Source 2 port for CSGO might be coming in 2 months, but that was way back in March – add two months to that, and we’re standing right there in May.

Nors3 was the next one to comment on the leak. He tweeted out that he was informed by “reliable sources” about the Source 2 port. His tweet said, “About Source 2 being released in CS:GO in 2 months: it seems trustworthy because I heard from reliable sources BUT with Valve you can never be 100% confident with unofficial dates. Better multiply it by two.”

Nors3 had also hinted towards a potential upcoming Source 2 upgrade in February 2020, when he found some strings relevant to Source 2 for CSGO. He also attached the screenshots of the codes.

An update of CSGO in early April might also contain a hidden secret towards the Source 2 arrival. The update on April 9th included compatibility versions for a bulk number of maps in CSGO, which added to the speculation.

A small 12 MB update also helped in confirming the port to Source 2 which is yet to come. The tiny update removed the input lag for Nvidia users which was caused by some graphic elements being accidentally transferred to CSGO from Half-Life: Alyx, a Source 2 game.

All the speculations seemed to be tied together by one final thread which could potentially reveal the release date for the Source 2 update.

A Chinese website B5 on Weibo, the exclusive platform similar to ESEA revealed through a blog post that they were preparing their servers for a Source 2 release on May 18th. This resonated perfectly with what VNN Tyler had said earlier and everything seemed to come together.

With the world entering the second week of May amid the COVID-19 lockdown, all eager eyes of CSGO fans will be restless for the next few weeks. The entire gaming world is waiting to see what 18th of May has in store for CSGO. 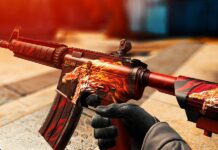 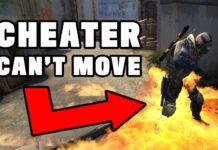