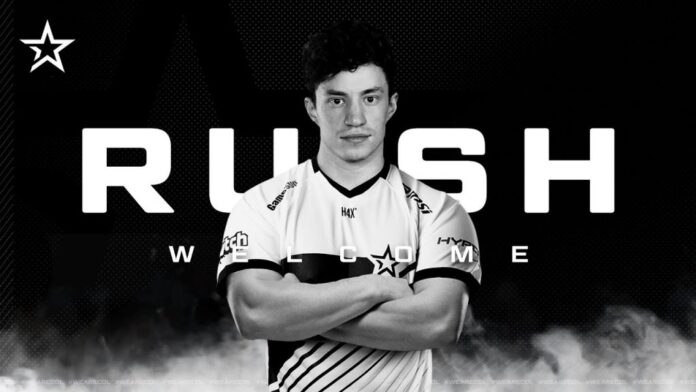 After the recent addition of Benjamin “blameF” Bremer into the Complexity line up, The organisation announces another sign up for their team William “RUSH” Wierzba the former Cloud9 player.

Rush was inactive in his former team Cloud9, as Cloud9 is also reconstructing their rosters with restraining only Timothy “autimatic” Ta from the previous roster.

After blameF, Rush became the second player to join Complexity this week. There could be more singings going on as Jason Lake tweeted

“I love our players as individuals but these results won’t be tolerated. If you’re a Tier 1 player looking for a fresh start at the best facility in the world, HMU. I’ll pay your buyout and give you the world’s highest salaries. Let’s build a juggernaut. Spread the word.”

Where he mentioned about creating a new superteam ‘Juggernaut’ with the recent add up of BlameF and RUSH it looks like he’s really onto it.