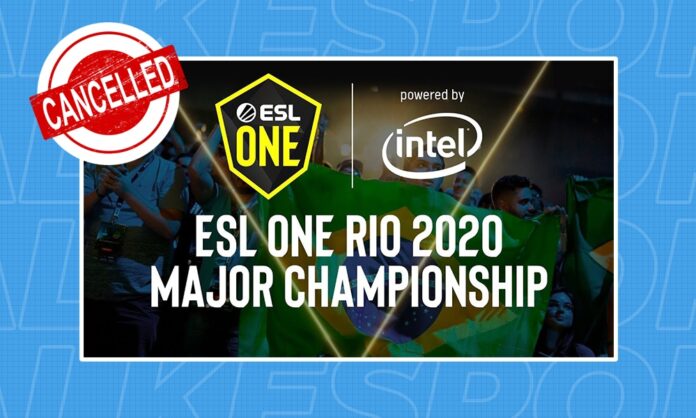 Bad news for CSGO fans – Valve has officially called off the upcoming major ESL One: Rio 2020 through an announcement dated September 9th. The November major was something fans of the competitive shooter looked forward to for months.

Valve states on their blog that they couldn’t predict the outcome of the COVID-19 scenario back when they had announced Road to Rio. Now that the virus is still continuing to wreak havoc worldwide, they decided to call off the major for the sake of the health of fans, who could risk contracting the virus by attending the event.

Unfortunately, the bad news is far from over. Valve went a step further and also announced that any further major would be held off until the situation comes to normalcy. It appears like CSGO fans will likely have to wait a long time before seeing another major for the shooter.

“While Valve is currently not able to say when and how Majors will return, as soon as they do we’ll work to bring the Major to Rio,” ESL mentioned in a statement. “New dates will be announced once a return for an in-arena Major is safe for everyone involved.”

ESL: Rio 2020 was originally scheduled for May, but was previously postponed to November following the virus outbreak.