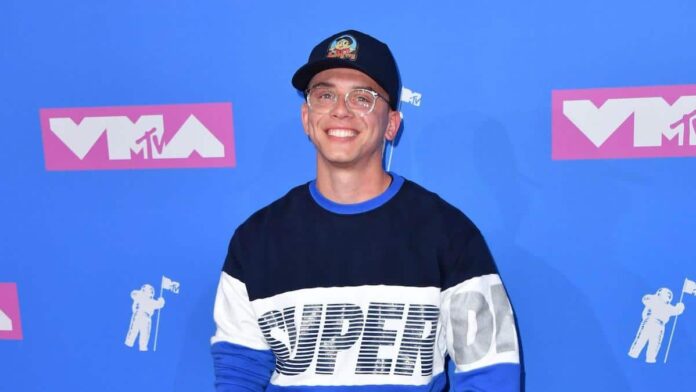 Move over, Fall Guys! Among Us is the new rave in Gamer-ville. The strategy multiplayer has been around for a couple of years but has transcended from obscurity to popularity in the space of almost a month. Viewers can see almost all of their favorite gamers stream Among Us on platforms like YouTube, Twitch, and Facebook.

With the advent of the pandemic and the subsequent lockdown, there has also been a wave of mainstream celebrities trying to conquer the battlefield that is the streaming platform.

As esports and gaming go global, there is bound to be an influx of personalities into this genre, as witnessed by the whirlwind of investments into the said sector from companies and people not traditionally associated or present in this sphere. Let us take a look at five such celebrities who you can watch duel it out on Among Us servers.

Sir Robert Bryson Hall II, Bobby Boy; one can call him many ways but the rapper extraordinaire is popularly known as Logic. Now that he has announced his retirement from the Rap scene and signed a contract with Twitch, his beloved fans have another avenue, perhaps a better one, where they can get a glimpse into Bobby’s life.

While Logic doesn’t stream as regularly as you would want him to, he has dabbled in several genres of games up until now, ranging from Call of Duty: Warzone, Fall Guys, Fortnite, and much more.

Recently, Logic was part of the ‘biggest Among Us’ stream that featured Felix ‘Pewdiepie’ Kjellberg and was sponsored by G Fuel. His Twitch VOD from the event that stretches to almost 3.5 hours currently has over 300,000 views and is his most viewed stream/VOD to date.

Already a master of the mind, Vidit Gujarathi rose to YouTube popularity after his new friend Samay Rainapushed him into switching platforms from Twitch. The GrandMaster recently captained India to the pinnacle of the Chess World, with India being crowned co-champions of the first Online Chess Olympiad.

He might have dropped a spot on FIDE Rankings as far as Indian GMs are concerned, but his streams have captured the imagination of the viewers on YouTube, with his channel recently crossing the 100,000 subscriber mark. To his credit, Vidit has diversified his content more than any other Chess Streamer apart from American GM Hikaru Nakamura, who was recently signed up by esports organization TSM.

The 25-year-old has done streams involving Psychology, Learning Comedy, Fun Chess Variants, Counter-Strike, and much more. Recently, Vidit has dabbled with other games as well, with Fall Guys and Among Us entering the Indian Chess GM’s agenda.

Another on-stage performer that has had to adjust to the lockdown regulations, Karan Singh has continued to perform his magic, albeit with the help of virtual platforms. But, the viewers can now get more of a closer view into the life of Karan Singh and a completely different, jovial, and almost nonchalant side of his during his Streams.

Karan Singh regularly streams games and other miscellaneous activities these days, mostly with fellow Magician Suhani Shah, Comedian Samay Raina, and GamerFleet – with the ensemble becoming a ‘chowkdi’ for the viewers. Being true to the name of his channel Karan Singh Magic, he ensures there is some element of magic, mentalism, and tricks in most of his streams.

Lately, Karan created a second channel called Karan Singh Boomer, which has already crossed 25,000 subscribers, wherein he is frequently seen playing Among Us with the ‘Chess gang’.

This choice might be a bit of a cheat one from the author, considering he had already gained popularity with his PUBG-Mobile streams before the lockdown phase started, redefining himself enough to be included in the category of Streamers after the entire AIB controversy.

A comedian by trade, Tanmay has reinvented the YouTube game with diversified content that has been refreshing as well as surprising. From money problems to his career stories and learnings to games and Hilarious Reviews of TV shows and platforms, Tanmay Bhatt has dabbled in just about everything.

Tanmay can now be seen streaming Among Us with his many friends featuring Samay Raina, Karan Singh, Suhani Shah and more!

The man behind the global chess revolution during the lockdown phase; Hikaru Nakamura kicked off quite a storm during his collaboration with Twitch partner Felix ‘xqc’ Lengyel with the idea being to teach xqc the ways around a chess board.

There were some reservations by the usual Chess gatekeepers. But, that idea started a boom for the chess community which has benefitted the historical game and brought it into the limelight once again, especially at a time when other traditional sports were halted due to the lockdown.

Hikaru is probably the only Chess GM comfortable in experimenting with different genres of games on his Twitch streams, with a high entertainment value at the offer. Obviously, his fans loved it when he played Among Us with fellow streamers. While his channel mostly consists of Chess content, there are bits and pieces of Among Us, Fall Guys, and other games that you can be privy to if you subscribe to GMHikaru on Twitch.

Note: This list is not an exhaustive one. There are many more mainstream personalities that have made their way to the Gaming sphere and are seen playing Among Us either on their own streaming channels or on others’.