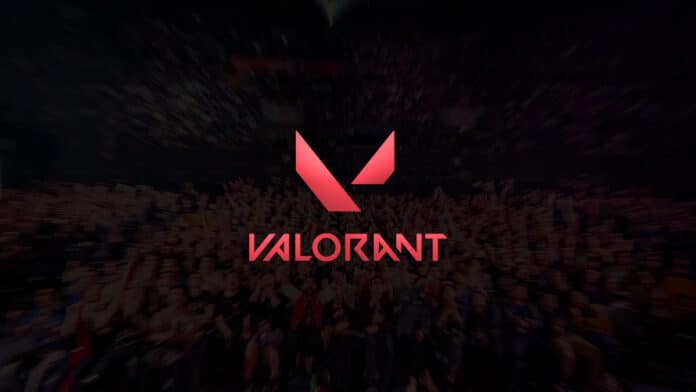 This week saw some great valorant matches around the world, as we know from other articles about the Indian scenes, similar action continued everywhere else too.

While EMEA, NA, Korea, Japan LATAM, and Brazil saw the second set of matches for group stage. We saw the conclusion of the group stage being concluded in SEA with playoffs starting next weekend for stage 2 VCT APAC Challengers.

For NA we saw week 2 for VCT NA challengers Group Stage, Last week after the opening matches we saw the inaugural week for Group stage and it started with new teams making waves across the scene, This week we saw multiple such upsets and fun match-ups.

On the first day, we saw Luminosity managing to edge out FaZe Clan on two maps with both maps being very close, FaZe this week was playing with Flyuh replacing Poach. After this win Luminosity is 2-0 up while Faze needs to win the rest of the matches to manage playoffs.

The second match of day 1 had pitted Ghost against the youngsters of The Guard, with the guard having a hard time finding their groove this tournament, Ghost managed to win the series 2-1 over The Guard, The Guard is now 0-2 in the series while Ghost is 1-1.

The second day saw a new TSM taking on the young and strong 100 thieves, TSM after a loss last week changed the roles with Subroza playing flex, Corey playing Chamber, and gMD playing controller and with this change, they managed to win 2-0 over 100 thieves. Both the teams seem strong and have a chance to make it to the playoffs.

The second match of Day 2 saw Evil Geniuses beating Sentinels 2-0, Sentinels are sure going through a slump this year and are having a hard time managing consistent form despite bringing in Coach Rawkus and Kenpaki replacing Zombs and are 0-2 down and need a miracle run and wins against C9B, Optic and Faze to even stand a chance to win. While EG managed to bounce back after the week 1 loss to C9B and are on 1-1 now.

The final day had the opening game for C9 curry and it was against the best team in the world Optic, and Cloud 9 managed to show that they aren’t flinched by the change and managed to win their map pick but couldn’t close it out on the decider Haven. With the win Optic, the favorites are 2-0 up in the group, while Cloud 9 still seems like one of the strongest in the group.

The final match of the week pitted XSET against NRG, with Ethan NRG seemed like a force to be reckoned with but the consistent Xset managed to contain NRG and beat NRG 2-0 with them now being the only team in Group A to be 2-0 in the stage while NRG is 1-1 but haven’t faltered even a bit.

The EMEA’s week started with the Turkish BBL taking on Liquid now without Sliggy, Both games were close but Liquid managed proved to be a better team to win the game 2-0 and are now 2-0 Up in the series. While BBL is 1-1.

The second match of the Opening day had newfound OG London united against the New Fnatic and boy did Fnatic make a statement, They won their opponents map pick 13-4 and absolutely demolished them on their own with 13-0. With this victory, Fnatic is now the table toppers of Group A while OG London united has a must-win game next week.

Day 2 had the Runner ups of VCT EMEA stage 1 taking on the winners in FPX and G2 but the results seemed to mirror that of Stage 1 with FPX 2-0ing G2 with a certain degree of ease. With this victory, FPX managed to come back from 0 to 1 and close the second week on 1-1 bring denying G2’s 2-0 in the group bringing them on 1-1 too.

The second match was between Guild Esports and Big and Guild managed to continue their winning ways despite the resistance from BIG, Now at 2-0 Guild is 2-0 and at the top of Group B while BIG is 0-2 and needs to win next week.

The final day started with NaVi taking on M3 champions and they exchanged each other’s map picks but an anti-climatic end of M3 Champions absolutely dismantling NaVi in the final map of Icebox won M3 Champions the match. With this loss, Na’Vi face tournament exit on 0-2 while M3C managed to bounce back after the week 1 loss to be 1-1.

The final match of the week had Fokus taking on Ascend and the match was very back and forth till the decider with Ascend managing to close out the series 2-1 on the decider Icebox and are 2-0 in the group while fokus is on the verge of the main stage contention exit after losing both the game.

In Brazil, the first match saw Ninjas in Pyjamas taking on Keyd stars, and after an amazing back and forth match saw NiP finally managed to come out on top with the decider going till the final round. With this Keyd stars are down 0-2 while NiP is 2-0 up and at the top of the table.

The second match of day 1 saw Made in Brazil taking on TBK esports and managing to win against them 2-1 after a close series. TBK has now lost the opening game of their group stage while Made in Brazil is 2-0 up winning both their opening games.

The second day was an easy ride for Loud, with Loud the Masters Reykjavik Finalist easily winning over Los Grandes, handing Los Grandes their first loss after their week 1 win while being the table toppers with a sole 2-0 in their group.

Furia after a loss to Loud in the opening week managed to bounce back with domination 2-0 over Stars Horizon, Furia is now on 1-1 with Los grandes while Stars Horizon has lost their opening match in the group stage.

For VCT LATAM North Stage 2 Challengers we saw Fusion and E-Xolos managing to lock in a spot for VCT LATAM Stage 2 Playoffs while Cruelty was out of running and Border Monsters and Infinity Esports are on the verge of going out of the running for the tournament.

KRU esports and Leviatan became the teams coming out on the top for VCT Latin America South Stage 2 challengers going 2-0 and are seriously closer to making it to the playoffs while SunXet Club are already out of the running and Movistar Optix and 9z team need to win the next match to stay in contention.

This was the first week of the VCT Challengers Stage 2  group stage in Korea and we saw the Stage 1 Champions DRX absolute dominating its peers winning both its opening games against Dam won Gaming and On Sla2ers in a 2-0 fashion.

While both Dam won and On Sla2ers had a win too this week against Maru Gaming and are now both 1-1 in the group while Maru gaming is 0-2.

Except these Alpha Esports Pro, Oasis Gaming, South Build Esports, and Bren Esports need to battle it out to face RRQ and TS in a double-elimination bracket for a chance to qualify for Stage 2 APAC challengers playoffs.

At the conclusion of the group stage, Ghetto Artist won all the games are 7-0 in the group while Griffin Esports only lost to Ghetto Artist are 6-1 being the top two seeds of the tournament and needing just two wins in order to qualify for Stage 2 VCT APAC challengers Playoffs.

While Oblivion Force, Only One Word, Ivan, and K7 Esports would battle it out to face ghetto and griffin in the upper semifinals next week. The playoffs would be a double-elimination bracket type where each team gets a second chance upon losing.

Xerxia Esports dominated their local scene winning all the opening games and ended the group stage with a 7-0 finish. Full sense became the second seed for the playoffs. Now Both of these teams needed just one win and with it would qualify for Stage 2 APAC challengers Playoffs.

With these teams, X10 Crit, FW esports, Sharper Esports and Made in Thailand are the other 4 teams in the double-elimination bracket playoffs and would obviously try to win games and make it to APAC Playoffs.

This concludes Valorant around the world for updates on India and the current state of the Indian scene you can read the other articles.

Where we are already capturing the Skyesports Champions series- Road to APAC playoffs on a daily basis.