Whenever something becomes extremely popular, there are bound to be misconceptions springing up in its wake. This is because of how humans communicate. We are far privier to rumours and hearsay rather than facts, and therefore these rumours spread throughout the population like wildfire.

A key example of this phenomenon is the common attitude toward mobile gaming. The number of people in the UK playing mobile games rose 50% in 2020, and that number is still growing. Therefore, you are sure to have heard some of the following misconceptions before. Let’s put your mind at rest and explain how these misconceptions are false.

Mobile Games Are All Free

You can browse any app store and find a ton of free content. You have apps for communication, work, and yes, video games. It is perfectly normal for some of these games to be free to download. That is because developers mark the success of their games based on the number of downloads, rather than the amount of money they make. However, that does not mean that every game is free to play.

A mobile game can act differently than a console title because your mobile device is constantly linked to the internet. This means the developer can provide updates to the game in real-time or provide you with additional content.

However, this content isn’t always free. As a result, the developer can release the base game for free, but still, reap the rewards from gamers that want additional content. Therefore, mobile games appear to be free on the app store, but in reality, they will cost you money over time.

Mobile Games Are Full Of Microtransactions

While one common misconception states that all mobile games are free, another states the exact opposite. A microtransaction is a charge that the player must pay to receive additional content, as described above. These are prevalent in modern gaming, and it has gone so far that many games will charge you for additional levels. Therefore, you may struggle to finish a game if you do not put forward these funds.

The mobile gaming community is often accused of this due to the fact that it is easy to implement this type of technology. However, this isn’t the only way that a mobile game developer can make a profit.

Mobile games can also stream ads, which is a privilege that companies have to pay for. This means that you can play a free mobile game, but you should expect a few ads to pop up during this experience.

Mobile Gaming Is For The Older Generation

Steering away from the financial side of this medium, there also seems to be a public discrepancy over who is most likely to play a video game on their mobile. The common misconception is that mobile gaming is for the older generations. This is because of how accessible these games are. What’s more, anyone over the age of forty isn’t likely to have grown up with a home console, which means that they haven’t been exposed to other alternatives.

You may be shocked to learn that these claims are completely unfounded. In fact, statistics show that 58% of mobile gamers are between the ages of 16 and 24. As you can see, this means that mobile gaming is a hobby for the younger generation and not the old.

There Is No Variety

With such a small device, it is understandable for someone to think that a mobile device isn’t capable of much when it comes to gaming. Most people think of mobile video games as a series of copy-pasted Candy Crush clones, but there is more variety than you may think.

Not only do you have access to versions of most of the up-to-date console releases, but you also have titles that you will not find on your home consoles. These include retro arcade games, digital board games, and mind puzzles. Let’s also not forget the hundreds of online casino games you can find out about when you visit https://www.onlinecasinos.co.uk/blog/best-gambling-sites.htm. Therefore, the misconception that there is no variety in mobile games is not only false but also downright absurd.

They Are Bad For Children

It is normal for a parent to be worried about how much screen time their child gets. This has been a concern ever since the first TVs were introduced. However, it is important to understand that not all screen time is bad for your children.

Modern smartphones are now used as a primary educational tool. These provide your child with access to any and all information on the web, as well as testing materials or advice pages.

While it is true that looking at a screen for too long can cause eye strain and headaches, doing so in a limited capacity can benefit your child. Try to discuss the use of screen time with their teacher so that you know how much they are using these devices in school.

This common misconception is the most contentious among the gaming community. People have been arguing about the best gaming device ever since the first home console was released back in 1972. However, mobile gaming has created a new avenue for discussion.

Many people will argue that home consoles are better because they have had more time to advance. However, mobile gaming fans will argue that their devices are just another progression of this technology. What’s more, mobile games allow you to play video games while on the go.

The truth is, there is no answer to this debate. Instead, the answer lies in what type of device you prefer. There are clear advantages to both, so it is not possible for consoles to be better as it is a completely subjective experience.

There will always be a misunderstanding surrounding the use of any new technology. The best way to find out the truth about these devices is by conducting your own research. You may find that you believe all the above is true, or that none of it is. The only way to know is by playing mobile video games. 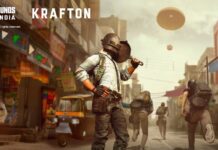 BGMI Ban: Everything that has happened so far 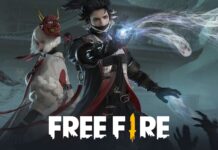 Free Fire YouTuber Skylord passes away in a bike accident