The first leg of the North American qualifiers for Valorant First Strike is about to end, and only two teams remain from the 128 teams that initially participated in the open qualifiers.

The two remaining teams – Cloud9 Blue and Team Envy – will battle it out in the grand finals tomorrow to win the Nerd Street Gamers open qualifiers and attain the #1 seed in next week’s NSG closed qualifiers.

Where to watch the Grand Finals?

The finals will be available to watch on the official Twitch channel of Need Street Gamers which you can check out by clicking the link here.

The showdown between the two top teams in North American Valorant will commence tomorrow at 4 PM CT / 2 PM PT.

Previously in the tournament, Team Envy was seen getting a flawless 2-0 victory over Gen.G in the semis, while Cloud9 Blue struggled a bit, but managed to defeat TSM with a scoreline of 2-1 to proceed to the Grand Finals.

Also Read: Gen.G In Search For An All-Female Valorant Team 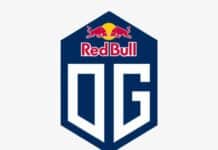