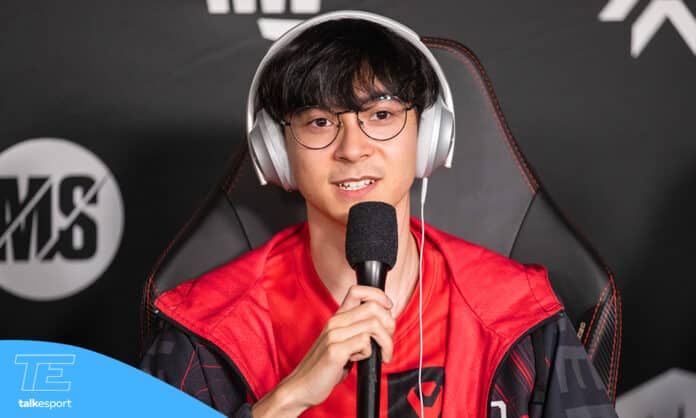 Going into the VCT NA LCQ, Sentinels did not look as strong, and after adding Shroud in as the fifth member, many pundits did not see Sentinels as the contenders for winning the NA LCQ.

The Roster with Shahzam, Dapr, Tenz, Shroud, and Zellsis seem to be in good form as they started the series with a loss against the Guard in the opening match. The game was the most watched Valorant game, amassing more than 600k viewership on Twitch alone.

Now in the lower bracket, Sentinels faced the ex-Luminosity Roster, where the team displayed their potential, defeating the team 2-0. The outstanding performance from Shroud gave everyone a future where Sentinels will be the LCQ winners.

Yesterday, Facing the 100 Thieves in the Lower Bracket Quarterfinals, Sentinels moved away from their comfort pick of Breeze and chose to play Fracture.

The pick seemed to be working against them as in the first half. They had a hard time finding anything and lost half as attackers. But come the defense half, they turned everything around, Tying the game after a 9-12 deficit to force overtime.

In overtime, after exchanging attack and defense halves, Tenz and Co. managed to secure their attacking half and win the game in the defensive half, starting the series with a 1-0 lead.

The second map, Breeze, was one-sided, with both teams exchanging rounds and trying to do each other out, but Derrek clutching 100 Thieves, managed to edge out Sentinels, winning the map 13-7, forcing the third and final map of the series.

Haven started with 100 Thieves on the attack, and with Asuna leading the charge on Raze, they completely tore apart Sentinels’ defense to win the half 8-4.

The Sentinels attacking half displayed how good they can be when, despite losing the first two rounds, they managed to force a scoreline of 12-11 in the last round, but a mistimed play and the stronghold from Derrek on the A-site lost them the round.

With the loss, Sentinels lost the final map 11-13 and the series 1-2, and their dream LCQ run ended. Despite amazing performances, Sentinels could not close the games, and their 2022 season ended with a loss.