The ELEAGUE Season 1 Group D will see :- fnatic, FaZe, dignitas and TSM fight for a spot in the playoffs. Here is a Preview about the four teams competing in the Group D.

Fnatic :- Fnatic will play the ELEAGUE with their much awaited star player ‘olofmeister’ who returns back after a very long time. In an interview ‘dennis’ mentioned that they had to change a lot of their gameplan for the stand-in ‘wenton’ who was playing for fnatic in the absence of ‘olofmeister’.Fnatic finished a 3-4th place in the ELS Pro League Season 3,losing to G2 in the semifinals.The fans are expecting a great comeback by ‘olofmeister’ which can give the team a boost and win the upcoming tournaments.

Dignitas :- Dignitas has been performing quite well in the recent lan and online events.They successfully qualified for the ESL One Cologne last week which gave them confidence to win the upcoming games.They are currently ranked #13 as they have been quite consistent from a long time.Also ‘RUBINO’ and ‘konfig’ are in a great form which might make dignitas a likely candidate for second place in the group D.

FaZE :- FaZe and Dignitas have now been like rivals from past couple of weeks and seeing them compete in the group will be very interesting. FaZe were one of the first two teams to qualify for the Major. With FaZe having the highest cumulative rating at the event as a team and highest ranked player in rifle ‘rain’. FaZe can be a nightmare for TSM and dignitas and can even upset fnatic in the group stage.

TSM :- The North American team who qualified for the ECS Season 1 finals but hasn’t really left a mark in the current scene. ‘cadiaN’ will be standing in for TSM in the place of ‘Twistzz’. With the help of ‘autimatic’ and ‘FNS’ the team could do very well and can also surprise their fans and as well as the teams in the group. However they are still very likely to finish as the fourth seed.

The Group D of the ELEAGUE Season 1 begins today at 21:00(Indian Standard Time) as fnatic will take on TSM in the first match of the group stage. We will keep you updated for the rest of the matches, stay tuned. 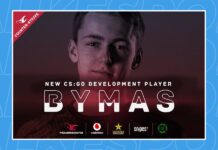