“We have the support of fans” VLT Sentinel exclusively to TalkEsport 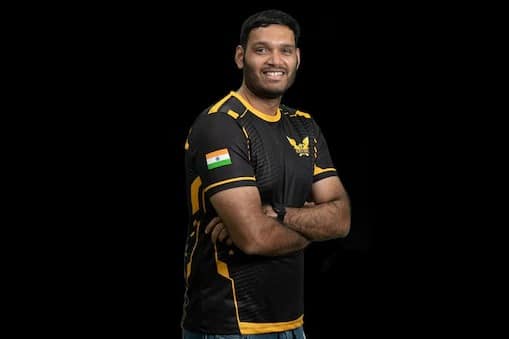 Velocity Gaming (VLT) has been on an absolute tear in the Indian Gaming community. Initially founded by Shiv “Mamba” Mishra and Mahesh “MK” Kawar, the organization is now handled by Manoj “SENTINEL” Kashyap and Lalith, dubbed as VLT CK. The initiative behind the launch of VLT is to provide players a platform where they can showcase and unleash their true potential, going forward.

Before venturing into valorant, VLT did field a Rainbow Six Siege roster in 2017, later to be registered as an exclusive Indian Esports Organization. After the latter change, they further expanded to PUBG Mobile and Counter Strike. The year 2020 saw VLT acquire Team Vertigo featuring Anuj “Amaterasu” Sharma, Tejas “rite2ace” Sawant, Vibhor “Vibhor” Vaid, Karan ‘Excali’ Mhswadkar, and Sabyasachi ‘Antidote’ Bose, an all Indian roster who quickly rose up to the ranks in the Indian scene, given the game was still in its beta phase.

Velocity Gaming was registered as an Indian Esports Organization by Mr. Manoj in 2019. As said, the idea behind VLT’s roadmap was to support players bearing true potential which also does include up and coming streamers. Over a period of one year, SENTINEL laid the foundation of his community through his YouTube and Instagram channels, which also did include the “Streamer program” where VLT would support streamers with either monetary incentive or via equipment to help them reach their goals, as stated on VLT’s website.

In an exclusive interview with VCC Interact, SENTINEL made some good points that every gamer, influencer, and entrepreneur must follow if they are looking to pursue a career in Esports.

Q1. Tell us a bit about the changes in the post-Excali era and how this iteration came to be?

The excali unforeseen move was a surprise to all of us, we did not have time to look at alternatives or options the team was left in a void as excali plays a key role in our lineup.

We knew that VCC was around the corner and all the investment we have made over the last 1 year was for this event and we had to make sure the next move must be concrete and one that gets the team back to winning ways.

Luckily we had got MARZIL and MW1 who had both stepped up and delivered the results we wanted.

Q2. You guys have returned to the top with this lineup, winning the VCC qualifiers and TEC Gauntlet. How much more do you think the lineup is capable of?

We have a fair share of experience and firepower with this lineup, most of the people don’t know but we scrim a lot against SEA teams to fine-tune our skills on a regular basis and the results are favorable to us.

So I truly believe this line and given an opportunity, we will surely give a tough fight to a lot of SEA teams.

Q3. You guys are currently ranked 8th in Asia-Pacific as per vlr.gg. Do you think VLT and other Indian teams can match up to the best in Asia, especially in the LCQ.

X. This ensures no team has a stronghold and we have seen this as well on the international stage.

We do scrims against some of the top teams in the SEA region and I would say 80% of the results are positive.

So winning LCQ and showcasing the talent we Indian players have would be a major boost to India’s reputation in PC gaming and also an encouragement to all the upcoming valorant players in India.

Being ranked is a good confidence boost to all of us but we were ranked as high as 3rd at a point, we don’t get carried away with that as I feel ranking is not fair as we have not really played against these teams, LCQ would be the first true measure.

Q4. How do you think the rest of the South Asian region compares to the Indian teams in terms of talent and potential? Any particular team from outside India that impressed you during the VCC South Asian Qualifiers?

VCC was the first event to showcase the best of the talents in SA region, the competition is very high but we Indians did rise up to that 3 of the 8 teams are Indian teams which tells you that we have a lot of potential in us

That being said in the SA region teams like Exploit, DAMARU GAMING have impressed me a lot.

Q5. You have mentioned a personal goal with the organization and lineup during your stream. Can you elaborate on the five-year timeline that you have discussed on your stream?

Velocity gaming is a passion project for me. I had a goal to represent India when I was a player myself and unfortunately it didn’t happen. That is when I had decided to have a team that could fulfill that goal for me.

To achieve that I had given myself a time span of 5 years to do it, that’s how I work in my regular business as well to have a vision of what you want to do so that we work towards that target rather than endlessly spending time and energy. So far I feel we are on the right track so let’s see how it goes.

Q6. An organization like VLT suffers huge losses every year in Esports. How do you sustain these losses? Do you still feel Esports in India can grow to make organizations more sustainable?

Yes any business to begin with has to go through the loss phase we dont make money from day 1, but the idea here is to build a brand and a strong connection with the fans which will help you monetise that brand in the future. So until then we have to fund the org and I do it with my own funds.

Q7. There have been rumors afloat about the arrival of DeathMaker. Is there confirmation of the rumor and what changes can we expect in the lineup. Many people have been asking about why VLT went for DeathMaker, especially with the current lineup doing so well. Any thoughts?

It’s true that we had talks with DeathMaker but nothing concrete other than that as the current lineup is doing good and we are getting the results we need.

So yeah the transfer talks are still a rumor and nothing more other than that.

Q8. We have seen Asteria do so well in VCT Gamechangers. VLT had earlier planned to make a female team. Are there any plans in the near future to do so?

We did have plans to support and sponsor a female valorant lineup, with means of YT and other streaming platforms girls have shown their skill and potential.

But then it somehow did not fall in place, the idea is not scrapped, it’s still there if and when we feel there is a team we would surely look into it.

Q9. Anything you would like to say to VLT Fans and Valorant fans in general.

We would not be VLT if not for the fans and the support they show us. I am thankful to each and everyone for the love and support they have given us in our highs and lows, truly fortunate to have such a family of fans.

For all those who are playing valorant and grinding continue to do the same, the future of Indian esports is bright.