Riot has recently revealed the details to the much-anticipated Act 3 of their competitive shooter Valorant which is set to arrive in the next few days. A number of new changes await fans in the next update, including a major, revamp of the competitive system, a new agent, an ice-themed map with the name of ‘Icebox’, a skin collection, and an upgraded Battle Pass.

The competitive game mode will undergo a number of changes most of which are aimed at improving the queues in the higher ranks.

1) The queue range for competitive matchmaking will be tightened from six tiers to three. This means that if you’re a Diamond 3 player, you’ll only be able to queue with players whose ranks range from Platinum 3 to Immortal 3. This change will hurt players who queue with friends having a large skill gap, but will result in a better matchmaking experience overall.

3) Immortal plus players’ ranks will be affected entirely based on their wins and losses instead of individual performance.

The next agent is an Australian named Skye. She has been voiced by a native Australian and packs a skillset filled with a utility that can easily turn the tides of a battle if used correctly. Her abilities include:

Judging by her abilities, it’s obvious that Skye is set to be a support/initiator. All of her abilities excel in taking control of crucial parts of the maps and the AoE heal has a huge range. Combine that with the controllable flashes and she can potentially be one of the best agents in the entire game.

Skye will be available to play from October 27th.

As mentioned earlier, Icebox will be a snow-themed map that is located on a shipyard in Tundra. The map features two bomb sites and ziplines to help players move through certain sections faster. The map will arrive alongside Act 3 but won’t be available for competitive play until two weeks later. You can take the initial looks at the map from the trailer posted by Riot earlier:

Battle Pass and the ‘Singularity’ Collection

Act 3 will feature an all-new battle pass being added to the game with its release. The updated Battle Pass will feature a new rewards line for the players to obtain by leveling it up. The rewards will consist of exclusive items like skins, buddies, player cards, and can be upgraded to the premium version for even better rewards. Some of the skins from the Battle Pass that have been revealed include the Ruin Vandal, Ruin Shorty, and Ruin Dagger.

The Singularity collection will be an entirely new and separate skin collection that’ll be added to the game alongside Act 3. It will feature skins of Sherrif, Spectre, Phantom, Ares, and a melee.

These, along with new servers for the Middle East and North Africa, are all the changes that you can expect for now in the upcoming Act 3 of Valorant. How do you feel the new map and agent will change the current competitive scenario? Be sure to let us know in the comments. 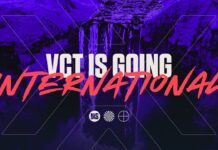 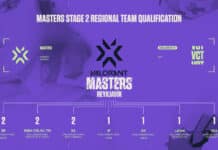