Till date, Valorant players of the South and Southwest Asian regions have to face quite high latencies while playing the game due to the matchmaking servers being located in Southeast Asia. These high latencies discouraged many players of the said regions to play the game. However, it seems like Riot has taken note of the issue, as recent leaks have revealed that Indian Valorant servers may not be very distant anymore.

A Valorant dataminer seems to have found a hidden set of strings in the game files, which hint to Valorant servers arriving in some new regions including the Middle East (Bahrain) and South Asia (Mumbai).

These new servers in the Middle East and South Asia will enable players from countries like Dubai and India to play the competitive shooter in extremely low latencies as Riot had promised at the time of launch of Valorant.

For the unaware, even before the start of Valorant’s closed beta phase, Riot Games had promised fans that most players across the globe would be able to enjoy the shooter in latencies as low as 35 ms. 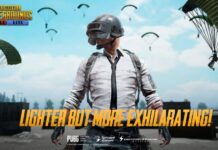