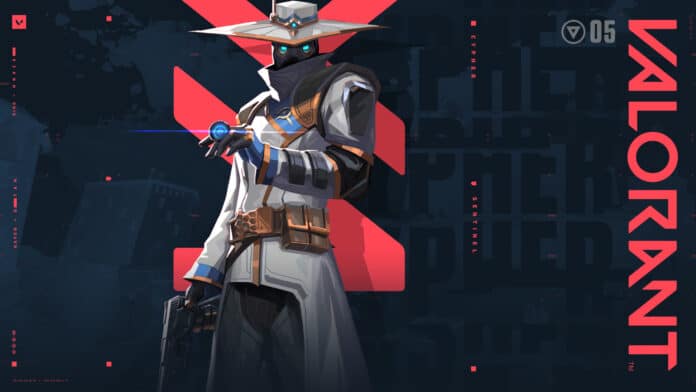 The Valorant patch 5.10 Public Beta Environment notes include a comprehensive change log that details buffs to Cypher and nerfs to Fade. These changes could have significant repercussions for the agent in the game.

Cypher is one of the Agents in Valorant who has received the fewest picks. This is typically due to the fact that other Sentinels now suit the meta and can deliver advantages that Cypher cannot.

Riot Games evaluated Cypher’s abilities in a recent State of the Game blog post and said they always wanted to improve the Agent. The Moroccan Sentinel is expected to get a significant amount of power creep as Patch 5.10 gets closer and closer to being released.

The upcoming patch 5.10 for Valorant will likely include some improvements to Cypher’s kit.

Other adjustments, such as nerfs to Fade and bug fixes for Harbor, are also planned to be implemented with the next patch 5.10. Riot intends to implement several fit-and-finish modifications to the game in addition to the Agent adjustments they have designed, such as a change to the Menu screen.

The patch brought a long-overdue modification to Cypher’s kit, which fans noticed immediately. In light of this information, the designers and developers at Riot Games have been working to make playing Sentinel more satisfying.

Throughout the infant years of Valorant, Cypher was consistently among the leading candidates for selection by the Sentinels. Having said that, the inclusion of Killjoy and, later on, Chamber has driven the shooter’s meta onto an entirely new course of action.

With Chamber’s inclusion, the Sentinel playstyle has changed, but the Cypher adjustments will let players experiment with the Agent’s utility. As a result, playing the role of Cypher as an Agent will undoubtedly become easier and more focused on gathering information.

Below you can find the patch notes of Cypher’s buffs in the PBE:

Cypher can now cast Neural Theft on any enemy corpse, regardless of the player’s death. He may do so from farther away, making casting safer.