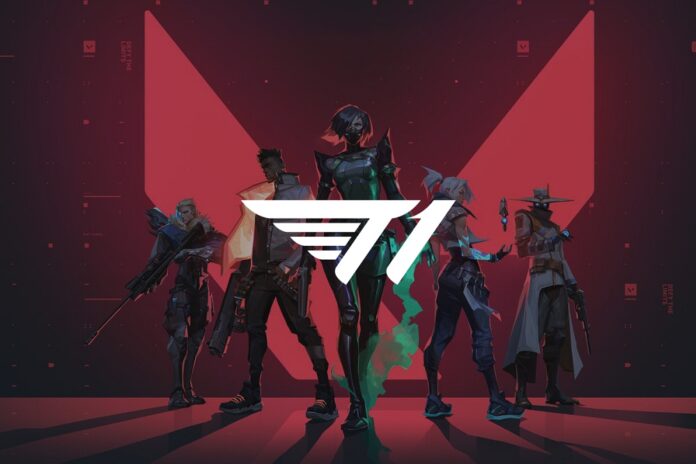 T1 Valorant was disqualified from their VCT Open qualifier game versus TSM after Riot’s ruling. T1’s coach David Denis was communicating with his players throughout the game, something that is not allowed during games.

Riot ruled against T1 after finding evidence that the coach was indeed communicating mid-game.

According to Riot’s decision T1 will forfeit their game after the competitive operations team received clear “evidence of a T1 coach providing instruction to T1 players while their match against TSM was in place,”.

As per the rulebook, only players can communicate with each other during the game and the staff members can only communicate during pauses, outside of pauses the coach or any other staff cannot have any say.

As a result, T1 were eliminated from the VCT NA Open Qualifier #1, as TSM would win the fixture 2-0 after T1 was forced to forfeit.

T1 won the first map 13-7 over TSM and were leading in the second 8-4. It was then that TSM player Yassine “Subroza” Taoufik took to twitter to claim that they were playing at a disadvantage.

Subroza said they were playing 6v5 with the opposition’s coach talking to them mid game.

T1 will have another chance to qualify with the next VCT NA Open Qualifier, but it remains to be seen whether any additional punishment will be dished out for them or not.

The extent to which David Denis was communicating with T1 is not known, and if more evidence is found, T1 may face further consequences for this violation.

Pipson was allegedly acting as the in-game leader but Riot took no action against them for violating rule 7.2.11 of Valorant’s Competitive Rulebook. But when a North American team violated the same rule, they were made to forfeit the game.

Players were not happy with this inconsistent implementation of the rulebook by Riot Games for different regions.

WHAT DID T1 COACH SAY DURING THE GAME?

According to TSM Player Matt ‘Wardell’ Yu, David Denis only said ‘help sewer’ during the game in all chat. But claims by subroza and then the ruling by Riot Games too proves that T1’s coach was in fact communicating with the players during the length of the game, so the actual extent of David’s involvement is still not known.

People likened this violation to CSGO’s coach bug abuse where in a coach could get stuck in a position on the map and could spectate the players going through there and pass on the information to the players.

This was indeed a bug in Valve’s premier FPS and was abused most notably by Nicolai ‘HUNDEN’ Petersen, who was later banned, along with a huge number of other coaches such as ‘Rejin’ and ‘Twista’. Current Envy coach, Chet Singh took a dig at that as well.