Valorant beta has finally come to its conclusion. We all have had our moments of fun in the beta phase of the game and we will savour the memories we created in-game while we were at it. But, behind the scenes of the beta phase, Riot Games was busy using our data and feedback to make the game more polished for its full release. This attributed to major bug fixes, multiple gameplay patches, cheater hardware bans and much more right before the final culmination of the beta phase.

Riot Games proved that the users helped them a lot in improving their game during closed beta. In a post, the Valorant developers said, “VALORANT Closed Beta was an opportunity for us to learn what worked, what didn’t, and what you’d need from us to have the best experience playing VALORANT. With your help, here’s what we accomplished in the last two months.

“Thanks to players around the world for joining in!” The post summarized many of the gameplay improvement statistics during the close beta phase with the heading “HOW YOU HELPED MAKE A BETTER GAME” addressed to the users and players.

According to the post, 17 data centers were setup for the game all around the world. A total of 383 bugs were patched based on user feedback/reports with an overall of 1254 bugs being addressed during the beta phase. A total of 6 gameplay updates/ patches were rolled out in an effort to balance the game. The developers ended up hardware banning 7786 cheaters who attempted to make their way back into the game after their initial account bans.

Valorant is all set for its official launch on 2nd June 202 with possibly a new map, new agents, new game modes, a battle pass, new skins and much more of the good stuff. 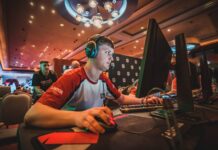