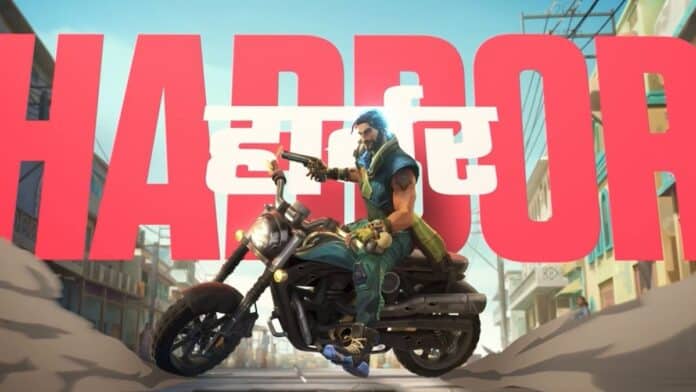 Riot Games disabled Agent Harbor from competitive Valorant queues due to an “unintentional” lag spike from his Reckoning ultimate.

Players can no longer lock Harbor in competitive games as of November 17. This occurs as a direct consequence of a problem that his Reckoning Ultimate introduced into the game. The ability’s huge visual effect could cause “unintentional lag spikes” when cast, Riot confirmed.

The one-of-a-kind ultimate effect that Harbor possesses makes use of the “whole strength” of his ability kit. When it does this, it creates a massive tidal fleet on the ground, which knocks out any opposing players that are trapped within its radius. Some players may have experienced choppy performance due to this visual cue as Valorant struggled to keep up with the action.

This isn’t the first time in the past few years that a matchmaker has been removed from the VALORANT matchmaking service. In 2020, players that utilized Omen discovered a bug that allowed them to traverse some walls.

As a consequence of this, you will still need to exercise extreme caution if you load in against an adversary Harbor while playing in any of those modes before a solution is implemented.

Specifically, he was able to get through certain doors. After discovering this flaw, the Riot developers took immediate action and pulled him from the game until they could ensure his proper functioning.

The Agent has been removed from the competitive pool while the developers work on a fix. However, you would be able to play Harbor in other game modes like Deathmatch, Spike Rush, Escalation, and Replication.

Riot addressed the issue right after the bug surfaced on and over the internet which puts them in a position to come up with a quick fix. It is possible that it will just be a matter of hours before Harbor is placed back into the queue, but it is also possible that it will take a few days if the problem is more complicated than was initially anticipated.

For more coverage on Harbor and his return to Valorant’s competitive queue, make sure to follow TalkEsport on Google News.