Nodwin events are known for their laid-back atmosphere and a different take to casting and analysis, but the matches played at the recently concluded Valorant Conquerors Championship were as good and exciting as anywhere else.

At the regional qualifiers, which took place online, we saw Global Esports (GE) live up to the favorites tag and fight through the double-elimination bracket to secure their spot at the main event of the VCC. Last month, exciting headshots, multi-kills, and clutches pulled off by the likes of Ganesh “SkRossi” Gangadhar, Abhirup “Lightningfast” Choudhury, Bhavin “HellrangeR” Kotwani fired up viewers across South Asia. To commemorate their plays, Nodwin have created a fragmovie with some of the best plays from the Indian Qualifier #2.

In the Grand Finale of the IN Qualifier #2, teams Global Esports and XO make it to the former following a flawless run from the GE through the Upper Bracket while XO from the Lower. On August 8, both these teams contested in a Best of five affair to determine their fate towards a spot at the Valorant Conquerors Championship. 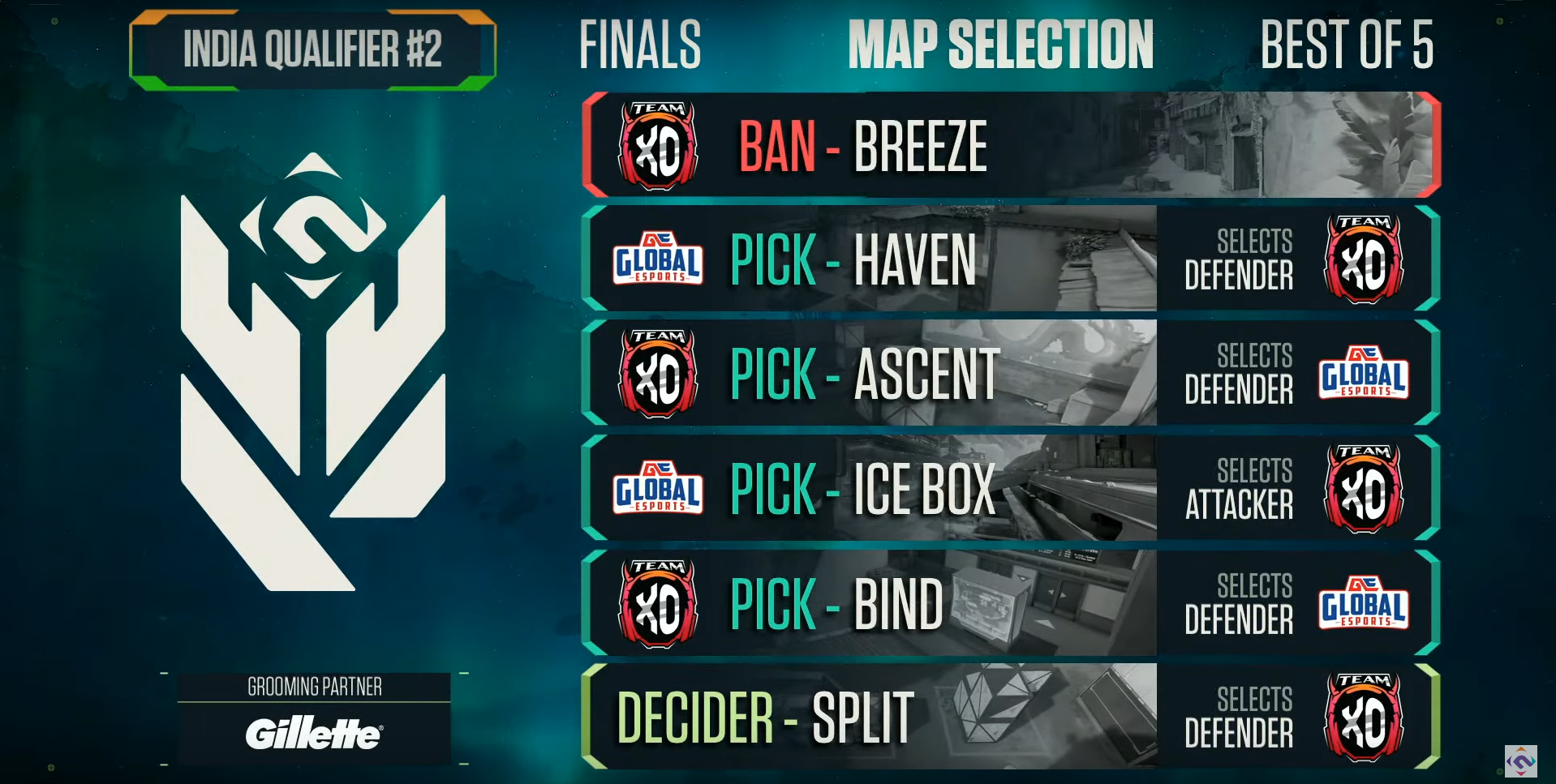 Here are some moments from the Global Esports Vs Team XO game.

SkRossi and his ultimate on Jett further added misery to Team XO’s gameplan as he breezed past through Simar “psy” Sethi and his men to get the 12th round on the board for Global Esports. Despite Astra’s traps, SkRossi managed to dash through the same and find four to his name.

skillZ comes to the rescue as SkRossi finds three on Ascent

After skillZ forced Team XO out of the A-site following his ultimate on KillJoy, SkRossi quickly made the rotation towards the B-site in an attempt to hold their regional counterparts off-guard. Picking off Excali, GOPS and Ghost halted Team XO’s aggression as psy and Whimp23 were forced to save their weapons.

Abhirup “Lightningfast” Choudhury was able to convert a 1v2 situation to give Global Esports their first map win here in the Grand Finals of the IN Qualifier #2. Global Esports were successful in getting the Spike plant but were reduced to two players following their deaths to Excali. LightningFast and skillZ were the only players left as they triumphed over their Indian friends here over at Ascent.

Akshay “KappA” Sinkar and Bhavin “HellrangeR” Kotwani defied the limits as they pinched their opponents from left, right, and center. With KappA on the flank, he was able to pick off Excali and Ghost while HellrangeR did the honors as Global Esports picked up the lead on Icebox, 11-0.

You can catch the respective highlights below in the video uploaded by Nodwin on their YouTube Channel.