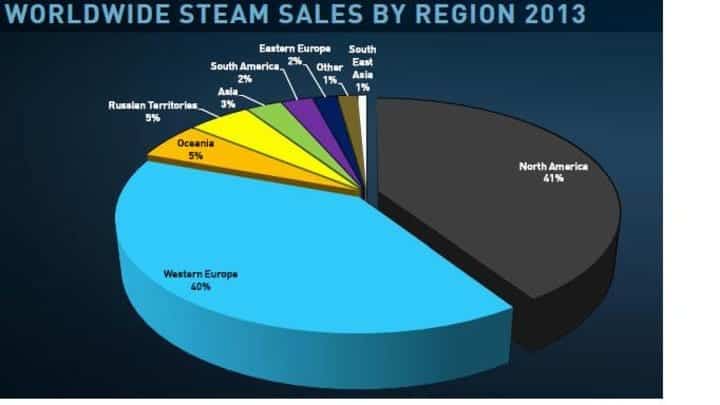 Valve announced the drastic growth in their user base in the past 3 months which was reportedly up by 30 % in comparison of the past figures from October’13.

Steam accounts rose 15 percent to 75 million from 65 million since the previous years’ quarter and their gross sales also jumped up to astonished figures, the Russian region had its sales earnings increment by 128 % whereas, Brazil had its by 75 % with North America topped grossing at 41 % and Europe closing boards by 40 % at second.