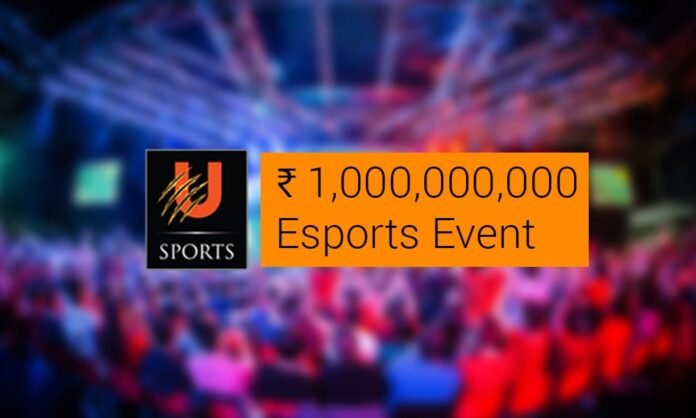 Gone are the days when you had to explain to people about video games and digital entertainment. The basic understanding of video games has evolved quite a bit in the recent years, two years in particular.

USports, a ₹100 crore league, announced by the founder of UTV Group, Ronnie Screwvala, will take its course in the year 2017 in the form of two different leagues. U Sports is a futuristic sports business company. As India marches into a new productive era of global acceptance, recognition, and presence concerning an economy, we see the evolution of a growing sports ecosystem. U Sports as a company aims to work with this ever-evolving sports ecosystem in India with a projective viewer-evolving old. Thereby synergising the growth of a scalable sports company that is organically growing with the Indian Economy. The Company is focused on it’s main sporting disciplines; Kabaddi, Football, E Sports and Motorsports.

The first season of UCypher is tentatively marked in the month of May, “We will have 10 teams of 12 players each. It will be a 45-day event in the first season and we are not selling the franchises for the first year. We will establish this first,” Ronnie told ET Now.

Supratik Sen, CEO of USports assured that they deliberately spent months on researching and shortlisting the first 10 contending teams of the season. Aiming not only on PC Gaming, USports will also feature console and Mobile games. The company is in contact with the on-air TV channels which will broadcast the league for two hours, 10 to 12 pm.

India witnessed its all-time high in Esports previous year with over INR 7.4 million as the prize pool. And with Ronnie Screwvala venturing into supposedly one of the largest untapped digital sectors; the future of Esports in India convincingly appears great.