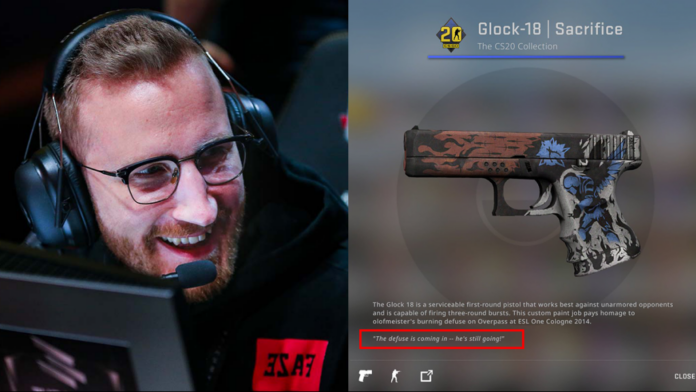 In honour of the 20th anniversary of Counter Strike, Valve has released a new skin case called CS20, containing the default knife from CS 1.6 in 13 finishes, as well as a special sticker capsule, as reported by us yesterday. But there is more to that.

In tribute to some of the best moments of CSGO, the CS20 case has captured some of its most iconic moments, including those of Olof ‘olofmeiser’ Kajbjer, Jake ‘Stewie2k” Yip and Jordan ‘N0thing’ Gilbert.

For example, the Glock 18 | Sacrifice skin has been inspired from Olofmeiser’s valiant defuse on a Molotov in ESL One Cologne 2014, which led him to be killed just after the bomb was defused. The graffiti of that moment was sprayed on the B Site in Overpass, with the weapon also getting a similar finish.

Similarly, the P250 | Inferno is a reference to the game saving and ultimately major winning clutch by Stewie2k against Faze in the grand finals of the Boston Major, with its description reading “But look at the time,” the words of commentator James Bardolph during that historic play.

There are references to CSGO and its community in general, with the classic crate skin having “Rush B” written on its description. n0thing too has his moment of fame for creating his funny Flashbang dance that has inspired the Tec 9 | Flash Out skin having the description “Regarding dance lessons with Jordan.”

These moments, still remembered by the community, will now be etched in the game’s history as the finest. 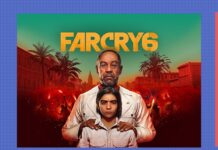