Tfue explains why Valorant will not be able to overtake CSGO 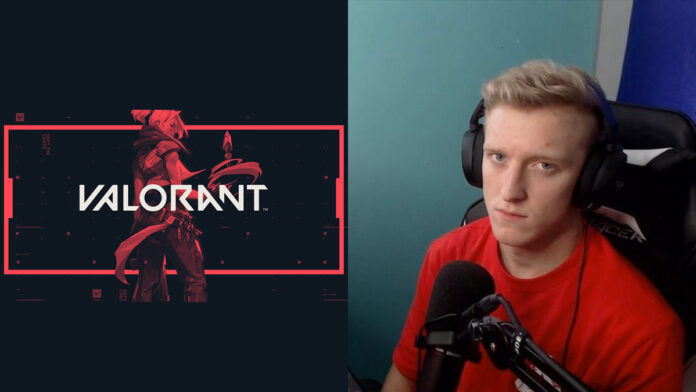 Riot’s tactical FPS game “Valorant” opened their closed beta for a few selected regions on the 7th of April and since then it has managed to create a lot of buzz among the fans throughout the world. With popular streamers and influencers from platforms like Twitch, YouTube and Mixer promoting the game, the game has really garnered a lot of popularity for its unique agents and their abilities and for everything that the game has to offer to its fans.

People from the video gaming community are discussing how far Valorant can go in terms of popularity when going against the likes of Counter Strike: Global Offensive, Valve’s FPS that has broken many records since its release in 2012.

Fortnite pro player Turner “Tfue” Tenny kept forward his opinion regarding Riot’s Valorant and why it is likely to overtake an FPS game like CS:GO in terms of popularity. As per him, “Valorant’s like a more casual CS:GO”. “If you wanna die to fking air-strikes, go play fking Valorant. If you fking wanna actually play a game that takes fking true skill, play CS:GO.”, he further added.

In a game like CS:GO players rely on their gun skills, positioning, and game sense, however, in a game like Valorant, a lot depends on the agent’s abilities and ultimate ability as well and not just only on the combat skills of a player. Tfue went on to say that, “I mean the game’s good – I think it’ll do well. I just don’t see it being bigger, competitive wise, than like CS, you know… hit by a bow through a wall, GG p**sy. It feels smooth though, and aiming engagements are good. It can just be frustrating at times.”

Tfue then highlighted three major issues he has with Valorant by saying that, “The problems I have with it are that it’s too repetitive, it’s not fun to watch, and I feel like the abilities are not balanced. It was kinda like how Overwatch was at the start.”

Despite the criticisms, Tfue went on to say that he believes that the game will be really successful but it needs improvement in many aspects of the game. Do you agree with Tfue? Let us know in the comments section below!

Don’t forget to miss out on our VALORANT coverage.
- Advertisement -
Share
Facebook
Twitter
Pinterest
WhatsApp
Previous article
A gamer helped raise nearly $660,000 in 12 hours for Covid-19 relief efforts
Next article
Make Dota 2 Great Again: Here’s What Valve Can Do to Save Their Flagship MOBA