Bad news for Counter-Strike and Team Fortress players, because the 2017/18 source codes for both the games have been leaked and published to the internet for anyone to see or download at will.

What does this imply?

This can potentially imply the beginning of the end for CSGO as we know it, or at least before Valve releases Source 2 which might have released sometime later this year.

Why is it so bad?

The answer is simple, the source code leak will provide hackers and cheat developers much more information on the engine behind the game, making new cheat developments easier and much more cost effective.

Expect to see more and more cheaters in the upcoming weeks as the cheat devs are very likely to exploit this vulnerability into cheats that will be much harder to detect, and much easier to recreate.

This is no small leak, it’s a leak that can potentially disrupt, if not ruin two of the greatest titles in the videogame industry. It’s only a matter of time before the culprit behind the leak comes to light, and chances are he’d be sued for millions.

The incident soon stormed across the internet. From 4chan to hltv to Reddit, posts were made about the code leak and how it might ruin their favourite games. The Reddit thread was soon transformed into a megathread based on the seriousness of the situation.

The only light at the end of the tunnel for CSGO fans right now is the possibility of an immediate Source 2 release, more as damage control rather than an upgrade, which can completely nullify this leak.

This Reddit thread captures in-depth information on what went down today. 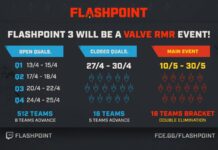 Flashpoint 3 announced, to be an RMR event in the EU 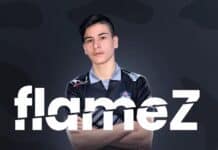