PUBG Mobile has upgraded anti-cheat system by tweaking the spectating system so players can no longer make unfair use out of it. There has been additional takedown of a new cheat which allowed players to one-shot kill their enemies. Players will face 10 year ban for exploiting the system.

A new announcement was given by PUBG Corporation, in which the changes regarding anti-cheat system were highlighted. These changes will upgrade the already existing system and will be more helpful for developers to track down cheaters and maintain a fair-play environment in this famous Battle Royale game.

PUBG Mobile cited implementation of a new “peer-review mechanism” to the spectate mode. This will work in real-time in the game servers. The game servers will determine if an enemy player is visible in the view of game host. The server will use this information to decide if the spectator will be able to see enemy’s location or not.

This change will affect those players which used to two mobile phones. One was used to play the game and other was used to spectate the host with a x-ray vision plug-in to cheat. As the server will determine whether the players are visible or not, chances of using third-party cheat plug-ins can be avoided. This guarantees security and reliability of this new addition.

Another one-shot kill cheat was recently reported to the developers. They immediately worked in the respective departments and started action against violators. PUBG Mobile is claimed to have banned 10,000 players for ten years for using this as an exploit.

The players who have earlier violated the rules or still do, will face a 10 year ban for usage of third-party applications or plug-ins. 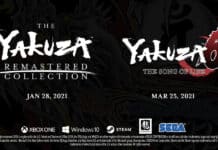