We sat down with Entity’s Primary AWPer and a stalwart of the Indian CSGO scene by now, Simar ‘psy’ Sethi, to talk about their performances at ZOWIE eXTREMESLAND 2019, the roster shuffle, the scene in general and more.

TE: You came close to reaching the knockouts at ZOWIE eXTREMESLAND 2019. How would you rate your experience at the event?

First of all, we hardly got in a few days of practice before going to China mostly because we were continuously playing events. For DM (DeathMaker) and skillz, this was their first LAN outside the country. We just couldn’t get going against Bren in the opener. But, the do-or-die match against GTV.Revolution fuelled us and we demolished them. Coming to the decider, we were leading in every map at the start and it’s unfortunate we couldn’t hold on to the leads to secure a place in the knockouts.

TE: Talking about the decider against Bren, it was evident that their tactical timeouts were a big part of the turnaround. Do you think their Coach was the difference on the day?

Coaches are very important. I have played under Aequitas, DAV and other top coaches, so I know the importance of a good coach. But, we knew what they were going to change during the tactical timeouts. It was our inexperience or maybe you can say, the moment got the better of us.

TE: Now, you guys were dominating the scene after the addition of Debanjan ‘DeathMaker’ Das and after eXTREMESLAND, it looked like we finally had another team capable of giving the SEA teams a run for their money. But, the news of DeathMaker leaving came as a shock to everyone in the community and it means you guys will have to go through the gruesome process of rebuilding the roster once again. How do you feel about the situation?

Sunny is a pure fragger. I would also like to shout out skillz because he came in as an entry fragger but agreed to adjust to the support role because we brought in Sunny. He did a very good job and as you said, we were dominating the scene. Sunny’s exit was as much of a shock to all of us as it was to you guys. He came in and told us of his decision to leave and whatever we said, we couldn’t change his mind.

Now, skillz is taking a break and we have brought in Ace, with the process of finding a fifth still ongoing. I would just like to say this to the community that you guys blame us for shuffles. We don’t want to change rosters and go through the process once again. We wanted to stick. But, for that to happen, the top Indian players need to improve their mentality.

TE: What do you think of the new Global Esports lineup?

You can have me on record when I say this that this lineup won’t work. All of the players are very good. But, their style, according to me, won’t work. They have two Primary AWPers now and it is difficult for me to see them be successful and stick together for a long time. Just because some people want to play together doesn’t mean it is going to work. But, good luck to them. I hope for the sake of the players that it works.

TE: Amaterasu took over as the IGL at Entity from HellRanger. How has it been under Amaterasu. How has he grown in the role?

So, Amaterasu decided to take up the IGL role because I didn’t want to do it and we had to change styles because we were not feeling comfortable under HellRanger’s calling style at that point of time. A byte about Anuj (Amaterasu) – he is 28, married and still is better than most of the other pros in the Indian scene. He works very hard and right now, he is calling on 4 maps, I am calling on 2 maps and I am the IGL on the CT side for all maps. It’s a complex style but me and Anuj have grown comfortable and seem to have built a connection over the years, which is very important in competitive Esports, something the top Indian players fail to comprehend.

TE: After your dominance in the Indian scene, your invite at the Qi Banja Luka Asian Qualifiers and your performance at eXTREMESLAND, a large portion of the community was expecting you guys to get an invite. Were you guys expecting the invite as well?

TE: You guys were also unfortunate to an extent.

Yes, we couldn’t play the Qualifiers as we were in China at the time, which by the way, was unfair, as the Qualifier should have included only Indian teams, especially when the event is happening in India. Also, we failed to qualify for the finals of ESL INDIA Premiership Fall Season but no one had prior intimation that one slot would be directly provided to the winner of the Fall Season. No excuses, we didn’t perform but the scene in general, would have loved a heads-up.

TE: Coming to you as an individual, you had a tough time dealing with RSI and even had to take a bit of a break. You look like you’re slowly getting your old swagger back. How does your hand feel right now?

RSI is a menace. Dealing with it was tough. But, thanks to Sid, who supported me throughout it, and others, I have managed to emerge from it after undergoing a surgery. The pain still lingers but it’s a lot less. I have to manage my hours on the game now. I can’t afford to practice 10-12 hours a day like I used to earlier. But, it’s getting there.

TE: For young players who do not know, would you like to enlighten them about RSI and any tips to help them avoid or deal with it?

So, yeah. This is very important. In India, there isn’t a lot of emphasis on preparing for it. But, I learned during my stay in Serbia that there are hand exercises that you can do to relieve the pressure in your hands and palms. Also, after every game or like every hour, stand up and take a 5-minute break; walk and do other stuff. It is really important.

TE: You talked about Sid Joshi. We have come to see that he has a very direct way of dealing with the community, his players and everyone else. You, in particular, share a special bond with him. How beneficial is it to have a manager like Sid, who understands players on a personal level?

Sid is a wonderful human being. He goes out of his way to help his players, financially, emotionally and in every other way imaginable. Having him is a blessing at Entity. You could say he is a large part of why Entity is so respected by the players.

TE: You have recently started uploading a series of tutorials to help young and budding players on your Youtube channel. Also, we have seen you and Sid have amazing chemistry in what little evidence there is. Can we expect the two of you produce more and more content together?

First of all, I would like to thank fans for supporting my Youtube channel. It is obviously an underwhelming feeling to see players of other games within the Indian scene get thousands of viewers while you are stuck at 300-400 maximum. But, the series I have uploaded has received a lot of support and I thank fans who egged me to upload these. I would love to plug my Youtube Channel as well (laughs) while I am at it. Please subscribe, guys!

Talking about Sid and me, stay tuned to Entity’s social media pages and platforms because we will be dolling out content on a regular basis now.

TE: Let’s talk about WESG. You guys unfortunately couldn’t qualify. But, what would you make of the new rule that allows teams to participate if they have a majority of players from one nation, compared to a full one-nation roster earlier?

I think it’s a good step because it allows more competition and enables current mixed lineups to enter the fray without losing periods of practice, having to play with a different roster just for the sake of WESG. This is the way forward because there are only a few one-nation rosters remaining in the CSGO world and the proportion is likely to decrease as we move forward.

TE: You talked about levels of competition. We have already seen teams emerging in India ready to battle the top rosters, with your relegation from ESL INDIA Masters at the hands of GoFigure a prime example. How do you feel about Indian teams slowly starting to step up to the plate and challenge the bigwigs?

I welcome it. I played with a couple of players over at GoFigure and while the loss obviously stings, I am happy to see them come to the fore. Along with them, the likes of D9, JHS and more look ready to take over from the old timers of the scene. Fresh faces are always necessary for a scene to thrive and it’s wonderful to see that finally starting to happen in India.

TE: There are more and more events and international organisations coming to India. How good is it for the Indian Esports scene in general?

We need more and more tournaments like these to grow because it allows Indian teams to get in experience against European teams and lineups from other regions. You have seen Fnatic picking up an Indian team in PUBG Mobile. I hope there are more organisations coming in 2020 that will look to grow CSGO as well. But, all these things help turn more eyes towards the Indian Esports scene and that is what we all want.

TE: What next for Entity and you, individually? What goals have you guys set for 2020?

Our goal has always been to shine in SEA and we were taking steps towards it before this roster change. Now, we will be hoping to lock our roster down and practice hard to return to the levels we achieved with our old roster; who knows, even improve upon it.

As for me personally, ‘Bhai tumhara sabko fodega’. In 2020, get ready for a better and more determined psy.

TE: Any shoutouts and message you would like to send to the community?

I would like to thank my organisation Entity for providing the best platform for me to thrive and Sid for always being by my side through thick and thin. Shoutouts to Omtex (apparel sponsor), HyperX (peripheral sponsor) and ASUSROG (mobile sponsor). I would also like to tell the community to keep supporting us and we will deliver. We became the first roster to get a LAN series win outside India in Men’s CSGO and with your support, we will strive to do better each time. Thanks to TalkEsport as well. I love you guys. 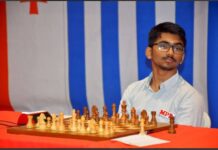