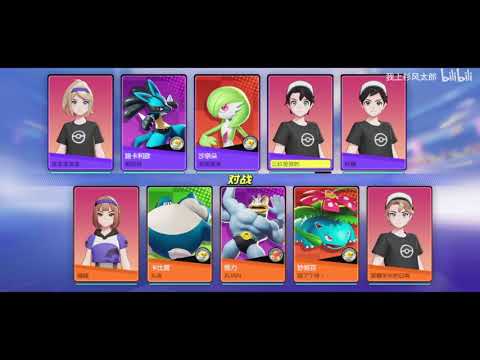 The gameplay recording of the upcoming Pokemon inspired MOBA title named Pokemon Unite has been uploaded on YouTube. In this clip, we get to see the first look of the game alongside some of its mechanics and gameplay preview. Pokemon Unite is currently under closed beta testing in China.

Pokemon Unite has received mixed reviews since the announcement of its launch. The potential of a Pokemon based MOBA was questioned by many and claims revealed that the YouTube video of the announcement quickly became the most disliked video on The Pokémon Company‘s YouTube channel.

In the clip shown above, the user has revealed the first-ever gameplay of Pokemon Unite. It is conceptually similar to many other MOBA titles but the game still has several interesting additions. One of the things is an oval-shaped map with no FOW micro mechanism.

The players boot up into the game with a selected pokemon and a trainer avatar. Players can slide between either of the avatars while the game is still in its loading phase. Once a pokemon is picked, the most primitive version of it will appear in the game. For example, if you pick Charizard then the game will load up Charmander at the very start.

Once you start to gain experience points, you will evolve your Pokemon to the next level. Other similar features like the game tour and training guide have been included in the video. As this game is in the initial beta stages, the quality might be upgraded with its global launch.