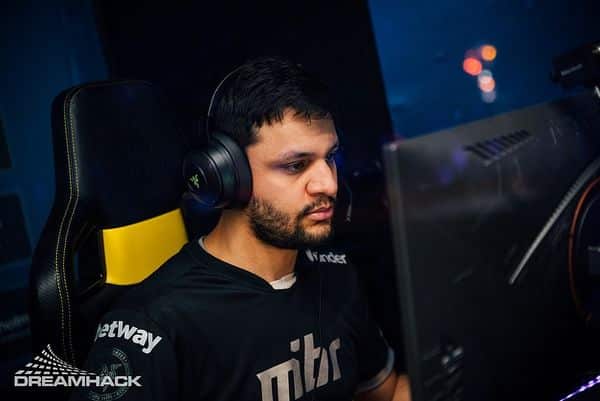 In the middle of what appears to be one of the strongest movements in support of the people of color, South American roster MIBR finds itself in unprecedented controversy. MIBR has now apologized on their Twitter handle and subsequently fined Fer for his racist remarks.

Fernando ‘Fer’ Alvarenga is at the center of a backlash on one of his racist comments made during his CSGO stream recently. Fer currently plays for CSGO roster of the Brazilian esports organization Made in Brazil, MIBR.

The American continent is stirred up, encouraging the rest of the world to follow suit in speaking against racism against African Americans. The death of George Floyd has upstreamed one of the largest public outrage and parade in American history. However, not everyone is as sensitive as they should be, one of South America’s renowned CSGO pro is seen hurling racial slurs against Africans in one of his recent streams.

As someone on the chat makes a remark about how “Fer is touching is hair very often,” he responds with an obnoxious comment. Fer is heard saying “Stop touching my hair? Are you sad because your hair is hard and bad? My hair is good. It is quite smooth, look how good this s**t is.“ In most of the South American countries, bad hair is in reference to the hard hairs of African descent.

Unsurprisingly, people continue on the chat to call out the Brazilian CSGO pro to which, he responds “Why racist? Is everything racism to you guys? Take this,” the MIBR player said as he hand-gestured the middle finger. Fer went on to taunt people calling him racist. “Oh, you are a racist, you are a homophobe! Man, go take in the a**! Go take it in the a** you son of a b***h,” he said, making silly gestures and voices.

Not leaving any margins for error, MIBR quickly responded on their Twitter handle about the misappropriate behavior of their CSGO star and fined him. The organization went ahead and apologized to their fan following as well, after his remarks didn’t go well with the community.

MIBR’s statement in Portugese which was translated by the Redditor, parts of which suggests: “Fer, one of our players, made a mistake. He was wrong. He made comments in his stream that do not reflect our values ​​and, we believe, that also do not reflect his values,” the translation read.

“I apologize if I somehow gave an impression of racism in my stream.”

Fernando too apologized for his unwanted and bizarre comments made on stream. He took to Twitter regretting his behavior on the Stream and calling out people using racial slurs.