Several European League of Legends teams has filed a formal complaint to Riot Games against G2 Esports and Perkz for allegedly tampering with several players prior to the free agency period, which one source described to VPEsports as “systematic and repeated poaching.”

The complaints filed to the League of Legends European Championship office center mainly around mid-laner Luka “Perkz” Perković, who has been a leader of the team since they first emerged on the professional stage in 2016. Since that time, the complaint alleges that there have been no less than three separate attempts to poach players while they were still under contract with their respective teams.

Two other cases have come to light. The first involves then-H2k top laner Andrei “Odoamne” Pascu, who was contacted by Perkz both in person and over Skype during the 2016 World Championship. While that move never came to pass, VPEsports confirmed that these Skype conversations did happen and found convincing evidence that G2 Esports took active steps to hide these moves from league officials.

The second allegation involves Kim “Wadid” Bae-in and Petter “Hjarnan” Freyschuss, each of whom were still under contract with Team ROCCAT when Perkz reached out to them over Facebook and TeamSpeak, the latter of which was used to avoid leaving a paper trail. Similar complaints have emerged regarding Elias “Upset” Lipp, who never played for the team but was listed as a substitute for a brief period of time.

Surprisingly, G2’s recent signing of former Fnatic mid-laner Rasmus “Caps” Winther is not included in the list of poaching allegations currently being levied against G2 Esports. Fnatic founder Sam Mathews tweeted on November 23 that “One of the perkz of my job is I don’t poach,” clearly referencing the mid laner currently under question. According to the sources used in VPEsports report, the resulting transfer that took place just two days later is not included in the complaint, although the team has not hesitated to back their owner’s claims on social media.

All of the above allegations center largely around Perkz, but each of these actions appears to have involved G2 Esports owner Carlos “ocelote” Rodríguez Santiago, who was allegedly actively involved in calls with each of the above players when conversations grew more serious.

It is unclear how Riot will punish the team if they are able to confirm the above allegations. The highest fine that has been given by the league office was given in 2015, when CLG was fined $10,000 for poaching William “Scarra” Li and Lee “Fury” Jin-yong when both were still under contract.

Content crawled automatically through feeds, no editorial team was a part of this. 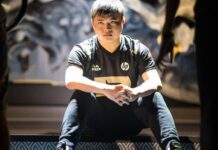 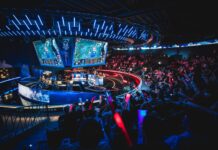 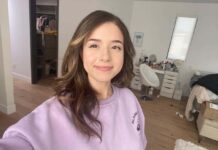