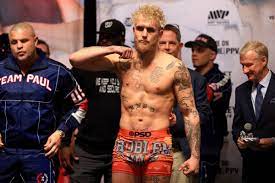 Following the commercial success of his last fight, Jake Paul is ready to get back into the ring amidst ties to several top tier fighters.

Jake Paul vs Conor McGregor is a highly anticipated fight, even though the latter has shown little interest in the matter. However, many, including Logan Paul has predicted Nate Diaz to be his next opponent, which seems more likely at this point.

In an Instagram post, Jake made it clear that he is getting back in the ring and his next fight is likely scheduled for August. In the video, Jake says: “August, I’m back baby!”..

He added: “Anyone who’s been talking, ya’ll going to be silenced again. I’m knocking ya’ll the f**k out.”

Nate Diaz is one likely opponent but KSI is right up there with him. Having managed to take down the elder brother in a close fight, the Englishman has set his eyes on the younger brother.

The opponent is yet to be revealed but with Jake Paul calling out every other person, the opponent might be someone we probably already guessed. The hype building upto the fight will eventually lead to more coverage and yet another commercial success for the all the parties involved.

Fortnite Servers Down Today: When Will They Back up?